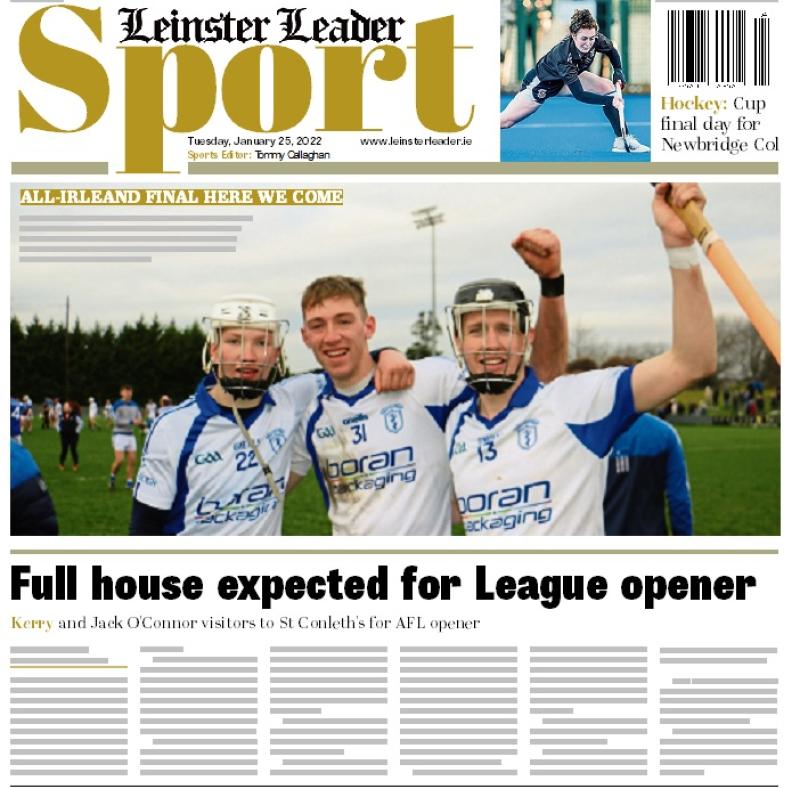 Naas hurlers march on to All-Ireland decider after defeating Tuairín of Mayo. Full report, picture coverage and reaction from the big game.

As Kildare prepare to their opening game in Division 1 of the Allianz Football League with Kerry the visitors to Newbridge, we look ahead to the seven game programme; talk with Manager Glenn Ryan and check out on the early season from from the boys from The Kingdom.

Kildare hurlers continue to experiment and lose out to Westmeath in the Kehoe Cup.

Big day for Newbridge College in the Senior Girls Hockey Cup final this weekend, we look ahead.