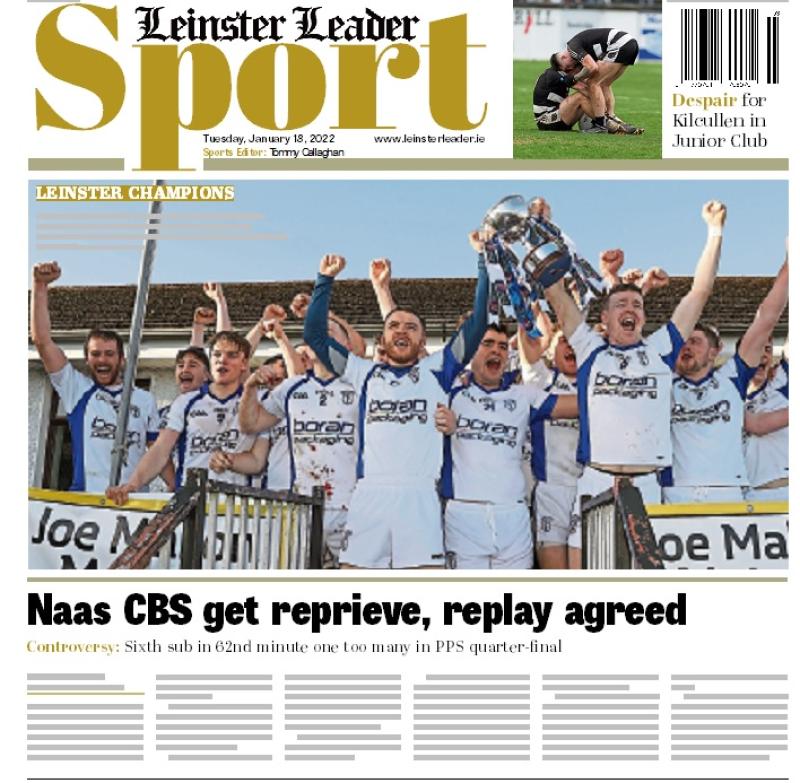 Report, reaction, comment and picture coverage of the big game.

A day to remember for Nas, All-Ireland now in their sights (Tommy Callaghan);

Kilcullen out of luck in Junior decider.

Kildare advance to O'Byrne Cup semi-final and a meeting with Laois.

Naas defeat Navan and move up to third in the AIL.

James Roe joins up with TJ Speed in the US.

Dogs: 600 yard trap back in action at Newbridge Stadium.

Racing: Weld and O'Connor on the mark at Dundalk.