Late, late Naas goal gets Kildare champs over the line

Darragh Kirwan finds net in the 64 minute to deny Tullamore 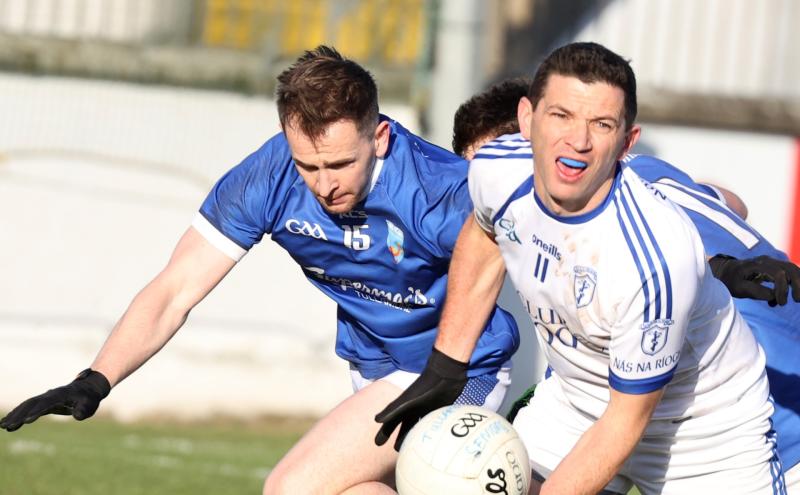 A goal in the 64 minute of the game saw Naas advance to the next round of the Leinster Club SFC in dramatic fashion at St Conleth's Park, this evening.

Naas looked to be on thier way leading by two at the second water breatk but two goals inside a minute from Ciaran Egan and Johnny Moloney put Tullamore ahead by two with 52 minutes on the clock.

Back came Naas with a pointed free from Eamonn Callaghan before that dramatic ending.

Darragh Kirwan's initial shot was blocked by keeper Corey White but as the clerance was being made Kirwan managed to get a hand to it and force it to the net to win by the narrowest of margins. Kirwan once again was the man of the match scoring 2-4, all from play.