Big wins for Naas and Celbridge 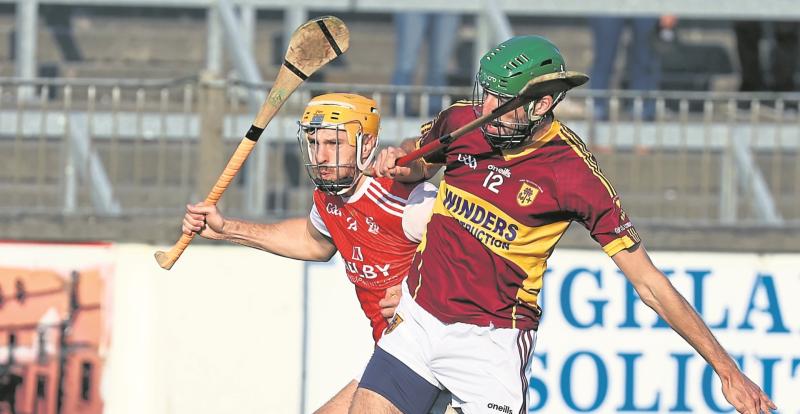 Coill Dubh Johnny Byrne pushes his way past the challenge of EireOg Corrachoill Kevin Connor in the UPMC SHC, Group B, Round 1 game at St Conleth's Park. Picture: Sean Brilly

The UPMC Senior Hurling Championship got under way on Friday evening when county champions, Naas, took on Confey at Celbridge Headquarters.

The game ended with a comprehensive win over the boys from the county town as they step up their chase for three senior titles in a row.

On Saturday, it was the turn of the other two teams in Group A when Celbridge and Ardclough went into battle in a local derby that usually serves up a ding-dong battle. Not so on this occasion as Celbridge dominated from start to finish.

The second game on Saturday, at St Conleth's Park, saw Coill Dubh continue with their big improvement as the season progresses, with a comprehensive victory over Éire Óg Corrahoill.

The final game in Round 1 (Group B) of the SHC takes place this afternoon, Sunday, in Group when Clane take on Leixlip at 2pm, followed by the SHL Division 2 2021 final between Naas and Maynooth.

On Sunday Leixlip and Clane played  out a thriller while the 2021 IHL final also proved to be an outstanding game also.