Boxing Judge one of 36 officials from around the world 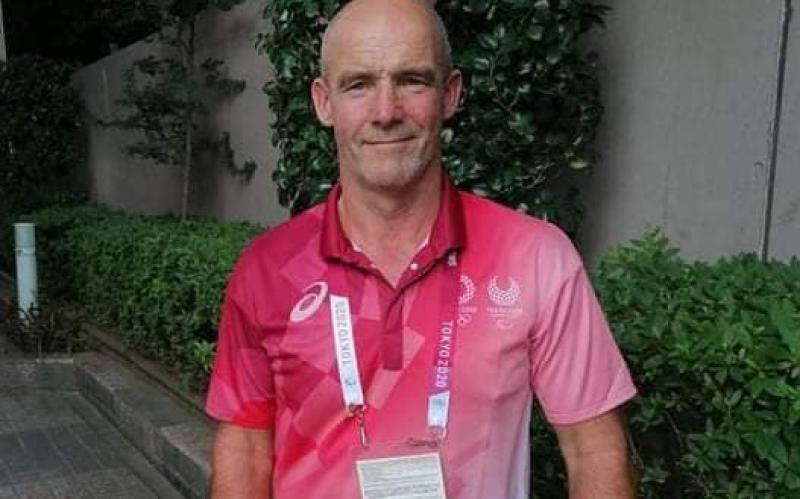 Dermot McDermott, originally from Highfield, Newbridge, Co. Kildare was recently hand-picked as one of only 36 other officials from around the world to officiate at the 2020 Tokyo Olympics Boxing event which begins this coming Saturday,  July 24, 2021.

As a young amateur boxer, Dermot boxed for 11 years representing his local boxing club, the renowned Irish Ropes Boxing Club under the expert tutelage of Joe Cox and Eric McDonnell. During his boxing career, Dermot competed in 9 consecutive National Championships, reaching the finals in 8 of them and winning the National title 5 times. He also donned the green vest for Ireland between the ropes on a number of occasions in international boxing competitions.

His journey as a young boxing referee and judge began 21 years ago when he sat into his very first Referees and Judges seminar and course, in a local venue, during the Summer of 2000. Since then has given tirelessly of his time to better the sport while working his way up through the ranks from local club level to county, provincial, national and in recent years international status.

He is currently one of only a small handful of 3 star International officials in boxing in Ireland. He says himself, "I've worked very hard, trying to set a good example to others and trying to instill a sense of sportsmanship and fairness in all the young boxers I encountered, even for the brief moments that I have spent with them in the ring. I was determined to try to help guide those boxers to be as good as they could be. As I progressed from local to regional and then on to national competition, I also began to feel a real sense of how important it was to be an ambassador for the sport and perhaps to show the many great opportunities that are possible as an athlete but also as a volunteer".

In 2013, in recognition of his experience and commitment, he was selected by the National Federation to attend an AIBA 1 star International Referees and Judges course. As he says himself, "It was a very great honour to be chosen by my own national federation and I relished every minute of it. I learned a great deal from that course and I met some really good people, many of whom I'm glad to say are still my friends today."

In 2015 he was selected this time by the world governing body, AIBA, to attend the Extraordinary WSB/APB 3 star International Referees and Judges course. That same year he was selected by AIBA to officiate at the 2015 Women's Junior and Youth World Championships which were held in Taipei, Taiwan. This would have been his first AIBA World event since his International 3 star status had been confirmed.

Having said all that, to this day Dermot still relishes going back to his own boxing club and working in local and regional competitions where he started his R&J journey 21 years ago. He loves to share his experiences and insight and to try to help guide and inspire the next generation of boxers.

As he left last Tuesday morning to travel to the airport, Tokyo bound, Dermot had this to say about his experience to date:

"It's hard to truly express how I feel about the possibility of officiating as a boxing Referee and Judge at the Olympic Games. Every time I step up to the ring, I feel very privileged to be entrusted with a great responsibility. I feel like we as officials hold the dreams and ambitions of the athletes in our hands. Those same dreams that I once cherished as a young boxer myself. Therefore we also have a great responsibility to handle those dreams and ambitions with fairness and care.

"When the Americas Olympic Qualifying event was cancelled earlier this year it seemed like there was a very real possibility that the Olympic Games themselves might actually be postponed again. I can only imagine the disruption and upset that this may have caused to those athletes who were preparing to compete. The Olympic Games after-all, represents the absolute pinnacle of sport and human endeavour and the efforts of those athletes are truly immense. So, to be even considered to officiate at this most prestigious of events, makes me feel that perhaps a young R&J's dreams of some 20+ years ago, and maybe even those of a young boxer of some 40+ years ago, really do come true too."

Paul Williamson, a good friend of Dermot, sent his congratulations and best wishes on his journey while wishing all the Irish athletes every success in Tokyo this summer, adding "we all  know at least one Newbridge native who will be flying the flag for Newbridge, and Ireland.