Opportunity knocks as Lilies in search of Leinster final spot 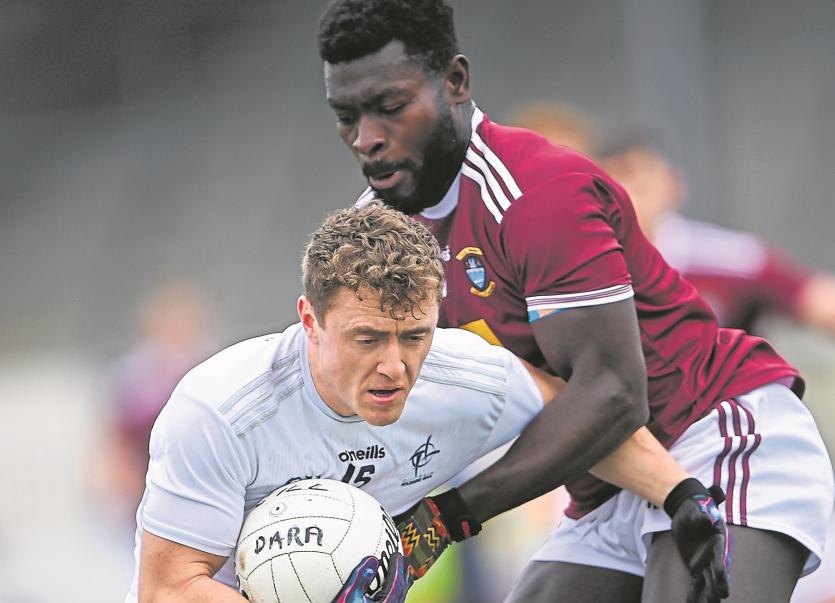 We've been down this road before, many times in fact, the last being just nine months or so ago, and for those with short memories, Meath provided the opposition.
Enough said.
In fairness, much has changed since.
And not just Covid-19.
Since exiting Headquarters back in November, having shipped a second half five goal blast from The Royals, The Lilies have dusted themselves down, got back up on the pony; made many changes to the squad; gained promotion to Division 1 and now, find themselves just 70+ minutes away from making it to a Leinster final, the first since 2017, having gone all-the-way back in 2000.
Hard to believe, 21 years ago this year, since the Delaney Cup was in the Shortgrass County, despite having contested finals in 2002, 2003, 2009 and 2017.
After a strange year last year, 2001 has also been far from what we consider normal.
Shortened League; straight knock-out championship; no back door — unless of course it's hurling but we won't go there, for now — and after defeating Offaly for the second year in a row, Kildare now find themselves up against Westmeath in Sunday's semi final, throw-in 2 pm, double header along with Dublin v Meath (4.30) in front of 18,000 fans or so.
The Lakesiders operated in Division 2 North of the Allianz Football League, along with Mayo, Meath and Down. Westmeath recorded no wins in a very disappointing run, losing to Meath by a single point; to Mayo by three and to Down also by one, and were relegated to Division 3 for the 2022 season.
So overall not a league campaign that manager Jack Cooney would have planned for.
However they got a great lift in the Leinster Championship, the same day Kildare defeated Offaly.
The maroon-clad boys had a comfortable win over Laois, finishing off a dreadful season for Mike Quirke's side, which, hardly surprisingly having also been relegated to Division 3, the Kerry man walked away.
Westmeath trailed by one point at the break, 1-8 to 0-10, but certainly came to life on the resumption, Laois failed to score for the last 25 minutes or so, while Westmeath went on the rampage hitting 2-8 without reply.
Westmeath had an impressive nine different scorers led by corner forward Lorcan Dolan who hit 1-3, John Heslin 0-5 (3 frees) and Ger Egan who also raised five white flags. The other goals came from the boot of Denis Corroon and wing forward David Lynch.
No doubt that win will have given Westmeath a huge boost and while they won no league game they were certainly not too far away on a few occasions.
These sides last met in October 2020 in Newbridge in the Allianz Football League, Division 2, when Kildare recorded a comfortable 0-16 to 0-11, it was a game that ensured Kildare would retain their Division 2 status, Jimmy Hyland landing five points on the day.
All things considered Kildare have enjoyed a good 2021 season to date.
Gaining promotion to Division 1 was one of the priorities on Jack O'Connor's wish list and that was achieved by a fine win over Meath in the semi final, a game Kildare led for long periods but then having to withstand a late Meath rally, never unexpected from the Royals.
In the Leinster Championship Offaly, just promoted from Division 3, were expected to give Kildare a fair battle and that they did.
Kildare looked a bit heavy legged, particularly early on, having gone three weeks without a game but slowly but surely they got to the pace of the game and won, while never entirely comfortable, nevertheless with a bit in hand, although they did finish with just 13 players due to Ryan Houlihan (2 yellows) and Jimmy Hyland (black) both being dismissed late in the second half.
One feels that game should do The Lilies a power of good, it will be interesting to see, first of all the match-day sqaud initially and then the starting XV.
Alex Beirne missed out on that Offaly game (unwell for a day or two) and Conor Hartley started in his place and did very well throughout.
Kildare looked decent at the back, the sextet, along with keeper, Mark Donnellan, have bedded in well together, especially since that five goal mauling on their last visit to Croker.
Luke Flynn will be back available, following his one match ban, whether he will regain his place we will have to wait and see; Kevin Feely and Aaron Masterson did well in the middle, although Flynn does add pace to the middle.
Ben McCormack played his first county game against Offaly since the semi final last year, the Sarsfields man worked his socks off and while he did not score, he more than earned the right to start again.
Fergal Conway used his strength on more than one occasion to good effect, Jimmy Hyland had a fine second half, Darragh Kirwan is always good for a point or two but it was Neil Flynn on that occasion who really caught the eye.
What must be really pleasing to Jack O'Connor and his management is the fact there is a great spread of scorers on the team at the moment which is a real positive..
Word is that Daniel Flynn is back in full training and moving well, would be a surprise to see him in the starting XV but very encouraging to see him on the match day programme
Fingers crossed, a Leinster final spot is achieveable — despite a less than impressive record in recent times in Croke Park from the boys in all-white.