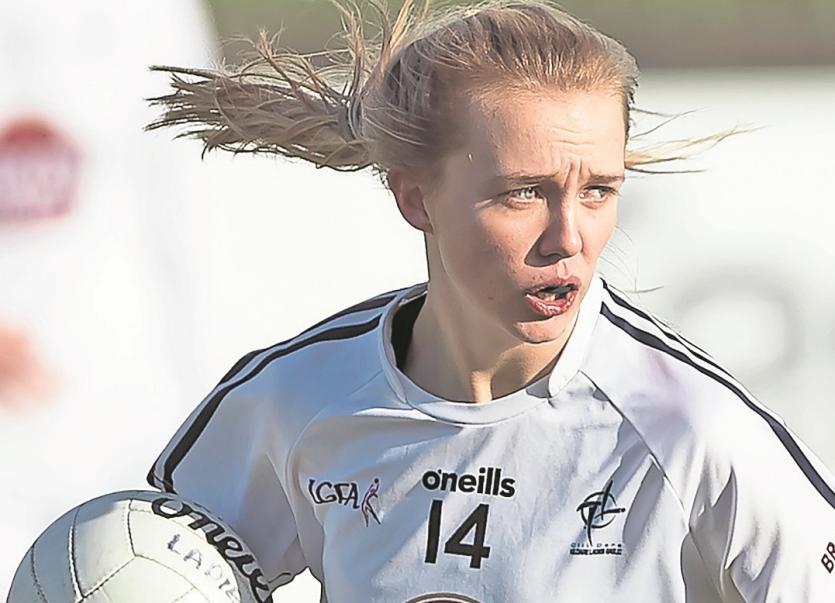 Kildare's Neasa Dooley in top form for Kildare against Roscommon

Kildare put the disappointment of the recent league final defeat to Laois behind them in fine style this afternoon, as they travelled to Ballinasloe to record a fully-deserved four-point win over Roscommon in the first round of the TG4 ladies intermediate championship.

A blistering start that saw Kildare lead by 0-3 to 0-2 after just seven minutes of play, turned out to be a false dawn as a quite defensive, tactical battle played out. Roscommon gave themselves a boost when they broke through for the game’s opening goal through Laura Fleming, but Kildare’s response was excellent as Lara Curran and Neasa Dooley kicked some sublime scores to put them back on level terms.

A driving run from Dooley out of the right corner set up Ciara Wheeler after 27 minutes and while the St. Laurence’s player was unable to find the net, she was fouled as she attempted her shot and Neasa Dooley was inch-perfect with the subsequent penalty, placing a low shot into the bottom corner of the net.

The Rossies picked off two points before half-time to cut the gap to the bare minimum, 1-7 to 1-6, but once the second half started, Kildare’s defence was absolutely water tight. Lara Gilbert and Laoise Lenehan were in fantastic form down the spine of the defence, while Dervla McGinn came up trumps with two key saves to keep Roscommon at bay.

Kildare struggled going forward too, but eventually Curran and Dooley were able to fire over a couple of points each that gave them a little breathing room, while the Lily Whites’ superior conditioning and fitness told in the closing minutes as they monopolised possession and easily saw out the win.