Carlow the visitors to Newbrige on Saturday 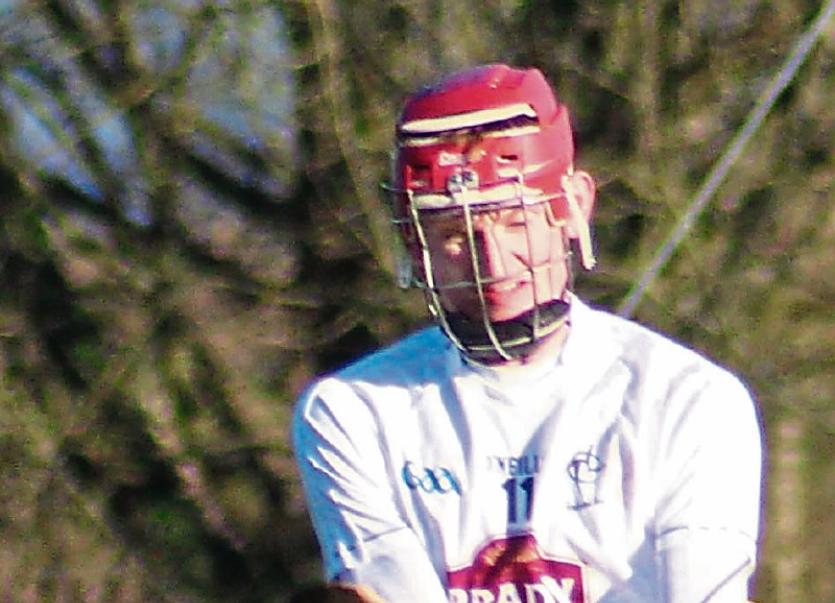 It may not be quiet the top table but nevertheless Kildare's involvement in the 2021 Joe McDonagh Cup is a monumental day for hurling in the county.
From the day manager David Herity first arrived in the Shortgrass County to take change of hurling affairs, he had a few objectives. Firstly to improve the standard of hurling in the county; secondly to see The Lilies play in a higher league than Division 2B; to win the Christy Ring Cup and ultimately qualify for Tier 2 Championship, The Joe McDonagh Cup.
There is no doubt that since he arrived, hurling has improved immensely in the county, due to his involvement while also due to the incredible amount of work that has been undertaken at ground level over the past number of years.
2020 saw the Christy Ring Cup coming down the N7, again, and with it comes the right, of both finalists to gain promotion and participate in the Joe McDonagh in 2021.
With promotion to Division 2A already achieved, having gone undefeated in the league, the final push being a hard-earned win over Mayo just two weeks ago, so now, come Saturday, is the day The Lilywhites will line out at St Conleth's Park and take on Carlow, and two weeks later will play Westmeath.
It's a huge step up for manager David Herity, his management team and of course each and every one of his players.
“To gain promotion was our No. 1 objective and it is very important for the development of Kildare hurling to playing at the highest level” said the manager when we spoke last weekend.
“We were very comprehensive winners against Derry, Donegal and Roscommon while our game against Mayo showed up a few things we need to work on, as did the second half against Roscommon, before we go into battle with the likes of Carlow and Westmeath, beginning on Saturday with the Carlow game.
The Kilkenny man acknowledged that playing in the Joe McDonagh Cup will be a massive step-up for Kildare, of that there is no doubt, these counties have been playing in either the Liam McCarthy or Joe McDonagh for quiet a few years at this stage so it will be a massive challenge.”
Remember the winners of the Joe McDonagh Cup will, come 2022 participate with the big, big boys for the Liam McCarthy Cup, that is how far Kildare have progressed over the past number of years.
First it is Carlow however.
David Herity says the last couple of weeks have been hectic, “normally you would have a month and a half to prepare for championship but this time we had just a couple of weeks, so it has really been hectic.”
Back in 2020 Carlow were operating in Division 1B of the Allianz Hurling League and while they found the going tough, winning none of their five games before losing out to Westmeath in the relegation final (1-17 to 2-8) this season they operated in Division 2A and, along with Offaly, were expected to go close to regaining their place in Tier 1.
That did not work out as it was the boys from The Faithful County, who topped 2A, Carlow losing two games, to both Offaly and Down.
In the Joe McDonagh Cup last year, Carlow just managed one win, against Meath, who failed to gain a point, but as there was no relegation, can now look forward to a meeting Kildare in Round 1 of the 2021 version of the competition.
There is no doubt that Carlow have certainly slipped a rung or two in recent times, while at the same time Kildare have been shown steady improvement. How much improvement we will just have to wait and see on Saturday, but there is not doubt that The Lilies are in very confident form after an unbeaten season, they are, without question a strong side than the one that one the Christy Ring back last November, with the addition of a few new players, some who have returned to the ranks from football but others, young, enthusiastic and skillful players. And while overall the Kildare panel would be a relatively young side, they are at the same time have a fair bit of experience.
With Paddy McKenna manning the sticks, and his understudy, Mark Doyle showing his expertise in the Ring Cup final in 2020, the defence, as a unit, has been playing very well, conceding just 2-57 in four games while racking up a very impressive 15-95 given them an aggregate score of +77.
What is very encouraging is the spread of players involved in making up that 15-95 total, with no one player dominating but nevertheless there have been some very impressive scoring tallies coming from Johnny Byrne, Brian Byrne, Jack Sheridan and Paul Divilly.
Carlow through, will certainly prove no easy opponents; they will be very anxious indeed to get back among the real big guns of hurling but first they have to top this group of three.
Very interesting game in store on Saturday.
Can Kildare continue their winning run or will seasoned campaigners who have been hurling at a higher level than Kildare over the last number of years prevail?
One thing is for sure David Herity, Declan O'Toole, Ronan McWilliams and Paul Dermody will leave no stone unturned as they bid to make an instant impression at this level, the first time.
As for injuries, Gerry Keegan will miss out this weekend, while Paul Divilly is also a major doubt; Johnny Byrne is hoping to be fit while Neil Ó Muineacháin is out for the rest of the season
David Herity admits that he will need to use his full panel for Saturday's game which takes place at St Conleth's, Park, Newbridge, with throw-in down for 4 pm, as Kildare step up for the first time to Tier 2 level.

Kildare team was named on Thursday night and will line out as follows: