Tough times but not all doom and gloom at Punchestown

Conor O'Neill, CEO talks all things about the home of National Hunt 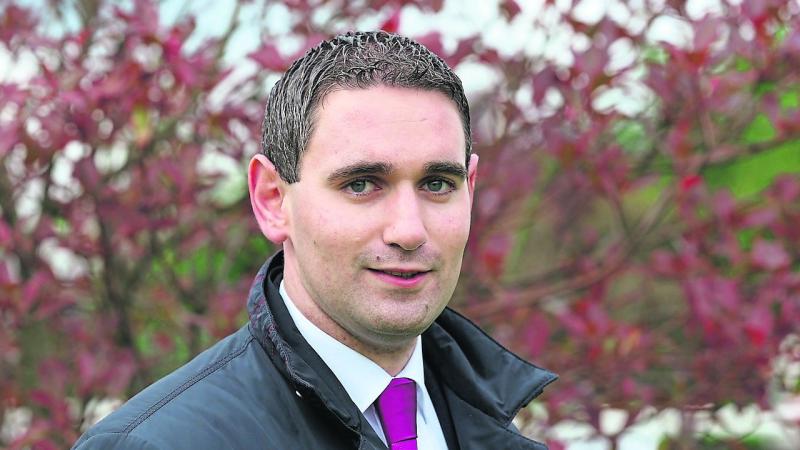 Imagine having just been appointed to the prestigious position of CEO of Punchestown Racecourse succeeding a man (Dick O'Sullivan) who had literally pulled the place out of the gutter financially-wise, returning it to its past glories, only to find that in his first season in charge of the biggest festival of the year in Irish racing it is cancelled in its entirety due to Covid-19.
Fast forward 12 months and while the festival gets the go-ahead it does so but only in front of empty stands, empty hospitality areas, in fact empty everything but for those involved in the actual running of racing.

Back in 2019 some 127,000 folk walked through the gates of the home of Irish National Hunt racing; add in some 18,000 corporate clients, and all the other ancillary facilities and events, and it gives you an idea of the scale of the financial loss it is to Punchestown.

And remember, as we are often reminded, Punchestown's business model is not one to be followed, the fact they earn the vast, vast majority of their yearly income in just five days, well really and truely the mind boggles.

So all of that, and much more, is what has landed on the lap of CEO Conor O'Neill who took up the reins after Dick O'Sullivan stepped aside (but not away) in 2019.

A baptism of fire is one way to describe what Conor has been landed but one nevertheless that he has, all things considered, managed as few could.

The 2021 Punchestown Festival kicks off today (Tuesday April 27) and continues for five days, with no less than 40 races, an incredible 12 Grade 1s; total prize fund of €2.8 million with each and every one of the races sponsored.

That in itself is an incredible achievement by any yardstick.

“Hard to believe” said Conor “following the cancellation of the 2020 Festival, a full year on and we are facing into another festival but without any crowds; that said it is great to have it but unfortunately it will not be the festival we have all come to know, love and enjoy, but it is still the Punchestown Festival, the biggest meeting of the racing year and the grand finale of the jumping season.”

The CEO, born a few miles up the road over the Kildare-Wicklow border, emphasises over and over again “the support and goodwill we have received throughout all this time and in particular for this week's festival has been nothing short of overwhelming and that is obviously something we will never forget.”

Conor also has a word for the owners, who, despite not been allowed to go racing have continued to keep their horses in training to ensure the action on the track continues.

And while the whole razzmatazz will be missing again this week, one thing that will not change is the high-quality racing that is on offer every day from Tuesday to Saturday.

And in a somewhat perverse sort of way the success of Irish horses in recent years — but in particular following Cheltenham and Aintree and not forgetting Brexit — it will be interesting to see to what extent UK runners will travel.

“The UK aspect is obviously an integral part of the success of Punchestown” Conor O'Neill emphasised when we spoke last week, adding “it goes without saying that it is fantastic that Ireland is in such a strong position with all the recent success, obviously from a Punchestown perspective it does make things that little bit more difficult to continue to attract English horses, it is one of the unique aspects that Punchestown get the best horses to compete from both sides of the Irish sea but thankfully that is a tradition and I think this year will be no different. However between Covid and Brexit it certainly makes things more challenging but we still envisage we will have a significant number of UK horses competing, ensuring that the racing on offer throughout the entire week will be racing of the very highest calibre.”

In some respects racing has been blessed that having been halted for some time last year it was one of the first to return back in June and while attendances have been halted the fact that racing has been allowed to continue is a real bonus, not only to Punchestown, but the racing industry in general and it is something that is not lost on Conor O'Neill.

“We have been very fortune that racing has continued since it resumed last June, obviously from a Punchestown perspective we resumed racing last September but despite no crowds it has nevertheless been very important to keep the industry going and we are very appreciative of that fact and I believe that a lot of the credit for that has to go to Jennifer Pugh, the senior medical officer and all the people involved with that side of the business, that racing has been able to continue to take place safely.”

Conor admits that what has really helped racing and in particular racecourses to survive, albeit under tremendous pressure, is the income from media rights and the showing of live racing on TV.

“With the absence of crowds the majority of our income streams have evaporated so obviously the only income stream left at the moment is the media rights, it does make it extremely challenging throughout the year; some very, very tough decisions have had to be made to put Punchestown in a position to overcome the challenges as we look forward in anticipation to better days ahead.”

Crowds or no crowds, tight and decreasing budgets, nevertheless one aspect of the Punchestown Festival this year that has not changed is the state of the track itself and here O'Neill is very quick to heap praise on those who look after the track.

“Sean Ryan (track manager) and his staff, have done a phenomenal job; we have raced over 20 times since last September and yet they are going to produce the track like any other year, if not better, in terms of the high standards that we demand to ensure we attract the quality horses.

“Our track to us is like the living room carpet and it is in absolute top class condition probably in the best condition that it has ever been, and it is a credit to Sean and his people; and while there is a significant cost to do that and have it that way, it is the way it has to be, remember the track is what makes our racing; the track is what attracts the best horses around; remember it is the Punchestown Festival, the biggest week of the year in Irish racing.”

With so much doom and gloom around these days Punchestown got a welcome boost recently when expansion plans were given the green light by the planning authority and while the plans have to be put on hold for the immediate future, nevertheless, long term, they are really exciting.

Permission has been given to widen the home straight by around 40m while a new track will be created which will provide a one mile track with just one bend into the home straight, something Conor O'Neill describes as “very exciting, phenomenal; a massive project; big big project; essentially building a new racecourse.”

“Punchestown, from a racing or an event perspective, relies on people and large numbers of people” insists Conor O'Neill, “and while the current situation is not where we want to be but it is brilliant that we are in a position to facilitate the people of Kildare and the local community along with the Hse in the fight against the virus, that will hopefully allow us all to get back to where we want to be.”

Like business throughout the length and breadth of the entire country the covid crisis has impacted on employment and it is certainly no different at the home of National Hunt Racing.

“We have had plenty of redundancies unfortunately” says the CEO, “but we have a fantastic team here and they take so much pride in it and I am fortunate to have such wonderful loyal people; the past 12-14 months has been very difficult we have had to make some extremely tough decisions, the team here has reduced significantly as a result of that, obviously it it no reflection on anyone we have lost, only as a direct impact of covid; we just have to ensure we are in the best possible place to recover what that happens, and have no doubt we will come out of this even stronger.”

While there will be no Paint The Town Red aspect in Naas this year, nevertheless the Naas Ball will be lit up red for the entire week of racing while the usual bunting will also make an appearance throughout the county town, again Conor emphasising the input that Naas people in particular, and the surrounding folk from the area have been so generous to the Festival over the years.

“The locals have been so good to Punchestown, and that support over the years is very much appreciated. We see many local people using our facilities throughout the year, walking in huge numbers, but of course that will be closed during race week, but these people are a very much integral part of Punchestown; Punchestown is about people and hopefully come 2022 we will be looking forward to one hell of a festival; a party like no other but in the meantime enjoy the Festival from the comfort of your home and next year the festival can be enjoyed from the comfort of our home, that is Punchestown,” adds Conor O'Neill.