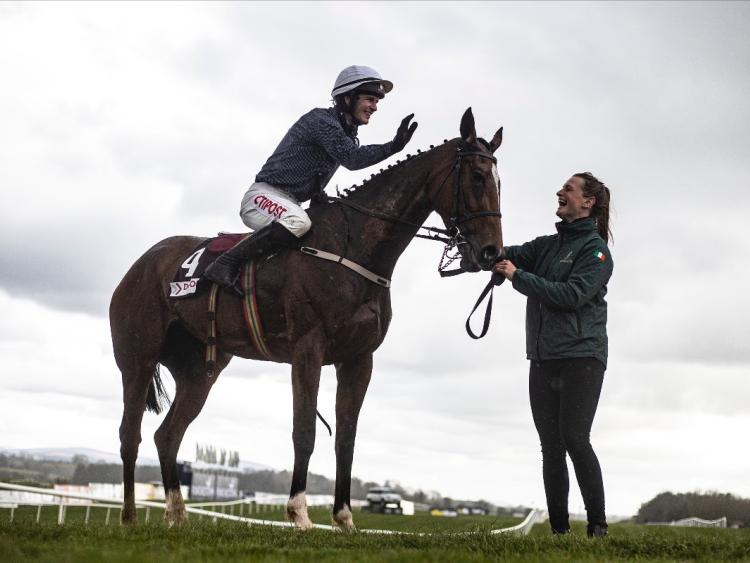 Colreevy may have been something of a turn-up for the books in the Grade 1 Dooley Insurance Group Champion Novice Chase but the eight-year-old continued her rich vein of form to give Willie Mullins a big race clean sweep on Day 1 of the Punchestown Festival.

The admirable eight-year-old posted a career best as she backed up her Cheltenham Festival success to beat the boys in emphatic style as her stable companion Monkfish followed her home in second.

For Mullins, it was a Grade 1 treble with three different jockeys getting in on the act in the feature races. This time it was the trainers nephew, Danny Mullins, following on from his cousin Patrick and the Closutton stable jockey Paul Townend who guided the latest three top tier winners for Mullins.

Colreevy’s success was a fifth on the day for the champion trainer after the Conor McNamara-ridden Jazzaway won the Killashee Handicap Hurdle and Jody Townend landed added another major race to her growing portfolio when steering Adamantly Chosen to win the Goffs Land Rover Bumper.

For Colreevy, the Grade 1 Dooley Insurance Group Champion Novice Chase will prove to be the perfect way for her to bow out from racing as she will now be retired and a date with leading sire Walk In The Park now awaits her.

“That was a nice send-off,” confirmed Mullins. “Fabulous for the Flynns (owners/breeders) and for Danny as well.”

“On ratings, she was the best rated (with the seven-pounds mares’ allowance). Obviously Envoi Allen is not right. I think Monkfish, probably, didn’t run his true race and she did. She ran her true race and probably even ran a better race than Cheltenham.”

Danny Mullins was full of praise for his willing partner. He said: “She’s a tough mare. She was sticky early on but got into a nice rhythm and ran out a nice winner of a hot race.
“I said to Willie beforehand that I wanted to bounce out and flow and he said, ‘Yeah, just keep jumping and travelling away.’ And once she warmed into it, she was very good.

“I thought going down the back straight they were on my tail. I got a nice jump at the third last and once I was able to get up around the bend still with a little bit of petrol, I was happy enough it would take a fair one to beat me. But that said, I had Monkfish and Envoi Allen behind me. They were going to be coming at me.

“Fair play to her. That’s my second Grade 1 on her this year. Cheltenham Festival winner. She’s a proper mare.”