Mighty five days of racing at Home of National Hunt 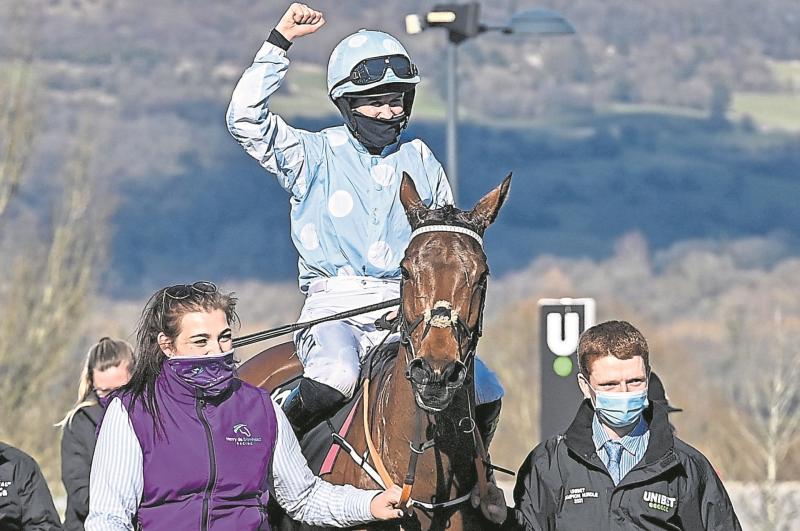 After an absence of two years the Punchestown festivals is back and on strictly racing terms its even bigger than ever with a host of top stars on show.
While there won’t be the usual thousands in attendance, the 40 races over the course of the five day extravaganza will keep everyone entertained at home.
There is a total of 12 Grade 1’s over the course of the week with many Cheltenham winners looking to follow up with more success on home soil.
It all kicks off this afternoon with a sizzling opening day’s action and while Supreme Novice Hurdle winner Appreciate It misses out his trainer Willie Mullins still looks to have all the aces with Echoes In Rain and Blue Lord
After the opening Grade 1 there are two special treats later in the day with firstly the feature William Hill Champion Chase seeing stablemates Chacun Pour Soi and the ultra impressive Cheltenham Ryanair Chase winner, Allaho, colliding with the added bonus of the UK trained Nube Negra looking to upset the host’s party.
Just over an hour later it is possibly the clash of the season as scintillating novices Envoi Allen and Monkfish take on each other over 3 miles in the Dooley Insurance Group Champion Novice Chase.
The Henry De Bromhead trained Envoi Allen was one of the biggest disappoint-
ments at the Cheltenham Festival after he fell in the Marsh Novice Chase under Jack Kennedy and while he was seen as one of the bankers of the week in March, he may have his work cut out against Monkfish who himself took the Browne Advisory Chase across the water albeit in workmanlike fashion.

Things continue apace on Day 2 with Cheltenham Gold Cup winner, Minella Indo out through injury, Al Boum Photo looks the one that will take all the beating along with the Alex Ferguson owned Aintree victor Clan Des Obeaux.
Another Cheltenham victor Vanillier will be out for more heroics in the Daily Star Novice Hurdle but unlike a few of the other premier events it looks a very open affair with many fancied to have chances including the Willie Mullins pair Gallopin De Champs and Statler.
The Champion Bumper is set to be another fascinating affair with Cheltenham 1 and 2 Sir Gerhard and Kilcruit kicking off a series of rematches over the week and the duo will round oFf the day’s action in a mouth-watering clash

THURSDAY
Day 3 sees Stayers Hurdle winner Flooring Porter aiming to show Cheltenham wasn’t a fluke in the Punchestown equivalent when reopposing the JP McManus owned Sire De Berlais with the returning Jonathan Moore expected to ride the Gavin Cromwell star after missing his win at the festival due to injury.
The other Grade 1 on the card sees the enigmatic Enurgmene leading the market in the Ryanair Novice Chase over 2 miles as he looks to make up for missing out on Cheltenham and Fairyhouse.

Ladies day
Friday is traditionally known as Ladies Day and it may be all about one woman this year as Cheltenham and Aintree Heroine Racheal Blackmore appears to have it all with Honeysuckle and Bob Olinger both hot favourites in the Paddy Power Champion Hurdle and the Alama Homes Champion Novice Hurdle.
The Tipperary superstar still has an outside chance of landing the Jockeys Championship at the expense of Paul Townend so she will be hoping for a successful couple of days.
Presently leading the jockey's championship by a reduced marking of four, Paul Townend has been given the go-ahead to resume riding and that in itself tells a story.
The festival then concludes on Saturday with the Coolmore Kew Gardens Irish EBF Annie Power Mares Champion Hurdle and the Ballymore Champion Four Year Old Hurdle taking centre stage as the National Hunt Season rounds off in style.
Five fantastic days of racing. Enjoy!