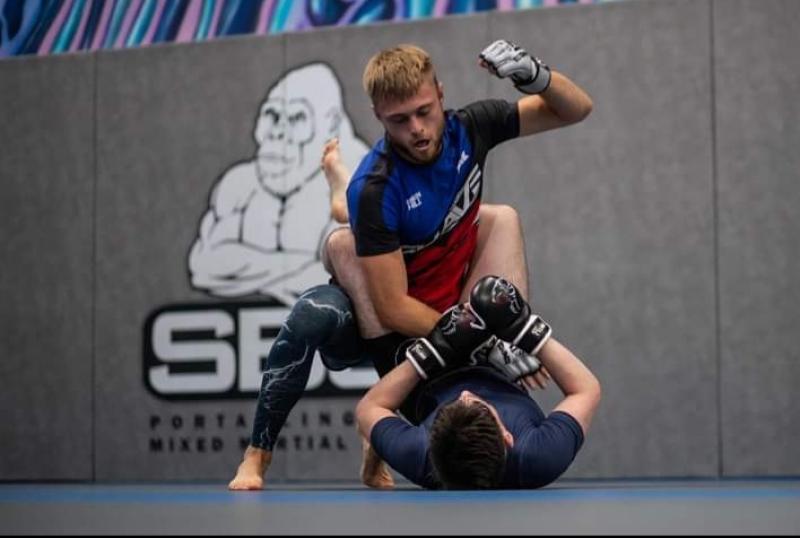 A top Kildare Mixed Martial Arts (MMA) prospect faces the biggest fight of his career so far this Thursday, March 25.

The 4-0 Kildare bantamweight trains in SBG Portarlington under Bellator fighter Philip Mulpeter, but has spent the past several months in a training camp in Dubai.

This week’s event will be Zaharovs’ third fight under the Brave CF banner. He debuted on the Middle East-based promotion with a first round TKO over Hussein Ayyad Abdulla in November 2019; and knocked out Bilal Tipsaev with punches in the third round of their clash last July.

Latvian-born Zaharovs, who moved to Ireland as a child, fights under both the Latvian and Irish flags. The 23-year-old Kildare man, who also has eight amateur wins under his belt, is considered one of the sport’s up-and-coming Irish talents by MMA experts. The fast-growing Brave CF is considered a proving ground for fighters with UFC ambitions. 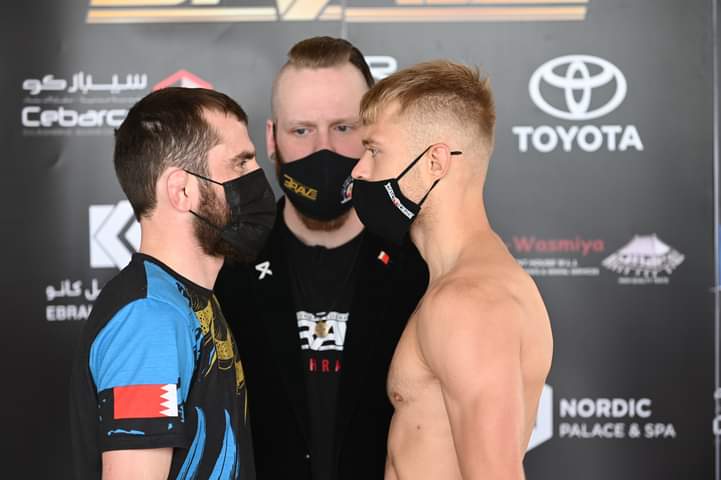 Kildare's Matiss Zaharovs, right, faced off against Gamzat Magomedov in a pre-fight event in Bahrain on Wednesday

Zaharovs told BraveCF’s ‘Off The Record’ this week: “What makes my fight so special is that this fight’s going to be between a striker and a wrestler. It’s going to be very exciting. I have a few surprises for my opponent and they’re going to be good ones.”

The Brave CF 49 card will be streamed live this Thursday via www.bravecftv.com. The bouts are free to view, but site registration is required. The 12-bout card kicks off at 2.30pm Irish time, with Zaharovs v Magomedov the eighth scheduled fight.

There’s plenty of other Irish interest on the card with bantamweight Glenn McVeigh in action early on and Blaine O’Driscoll facing American Jose Torres at 61kg as the co-main event.