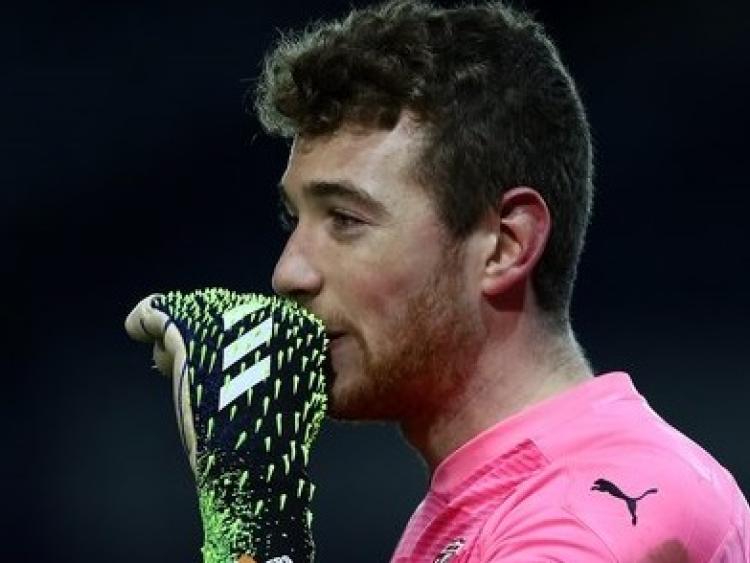 21-year-old Mark Travers, from Maynooth, is all set to line out for his country this evening as Ireland take on Serbia in their World Cup opening game in Serbia.

The Bournmouth keeper, who has two caps, will replace regular keeper Darren Randolph (West Ham) who is injured while Cork native Caoimhin Kelleher (Liverpool) is also out the moment through injury.

Travers is a former Cherry Orchard and Shamrock Rovers (U17) player who moved to Bournmouth in 2017 and has had loan spells with both Weymouth and Swindon.

He only moved to Swindon in January of this year but was recalled to Swindon when no. 1 keeper Asmin Begovic picked up a serious injury that will keep him out of faction for some weeks, at least.