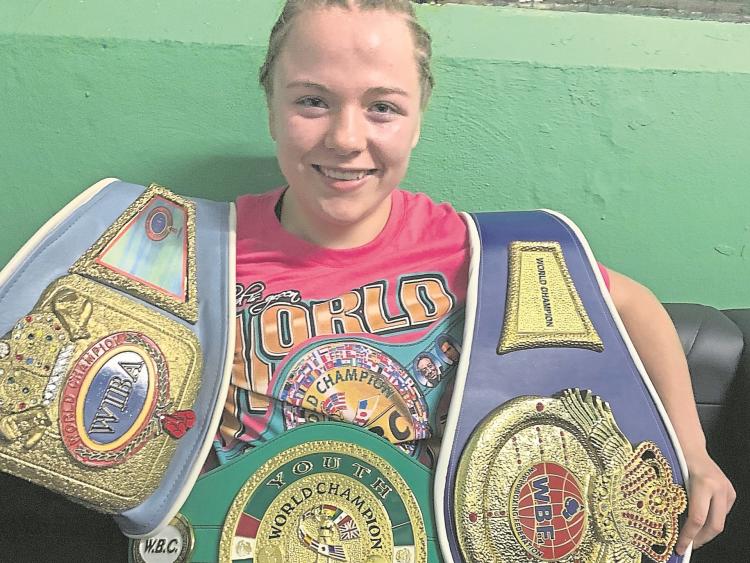 Katelynn Phelan with her three belts won in Germany

Last weekend Katelynn returned to the ring in Luxembourg putting up an impressive display against Karina Kopinska, an eight round bout that went the full distance with Katelynn winning every round.

Another stopping stone for this young, determined and impressive boxer.