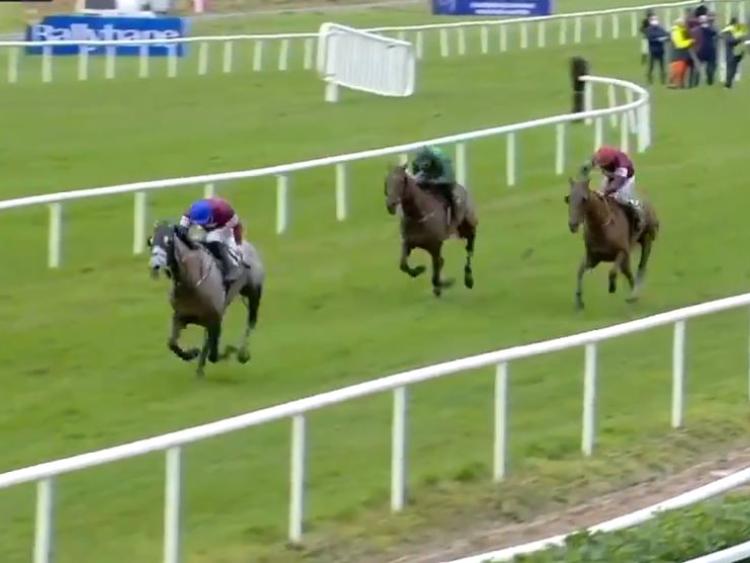 Coko Beach flies to victory in the Goffs Thyestes Chase

Rachael Blackmore on Spyglass Hill held the lead most of the way, jumping extremely well. But as they approached the last, Coko Beach surged through the pack, and broke his maiden tag for trainer Gordon Elliot and Michael O'Leary's Gigginstown House Stud.

The 8/1 grey travelled really well, and cleared the last fence with ease, with some to spare. It was Elliot's second win of the day.