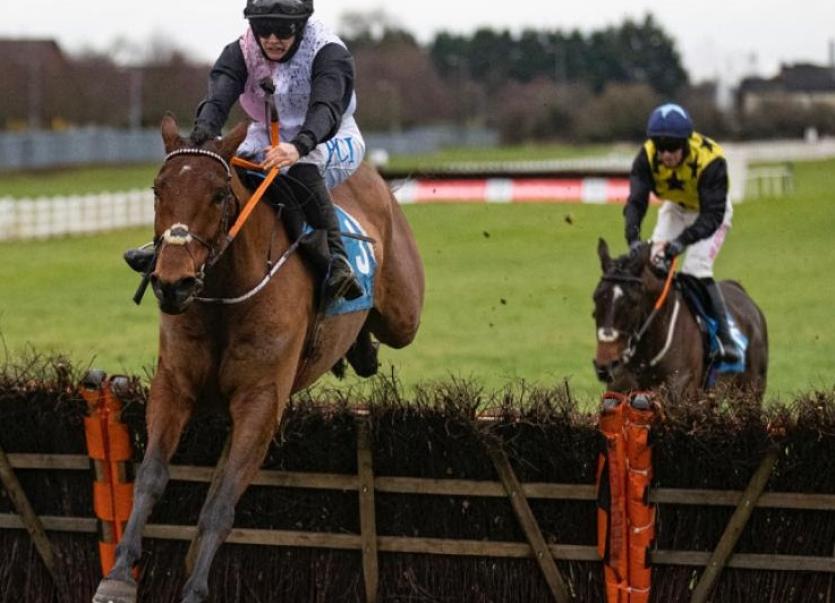 It was a double delight for the red-hot team of Henry de Bromhead and Rachael Blackmore at Naas, with the highlight being the resounding victory of Bob Olinger in the Grade 1 Lawlor’s Of Naas Novice Hurdle.

The son of the Rathbarry Stud housed Sholokhov had followed up an eye-catching debut second over just two miles to Champion Bumper winner Ferny Hollow, with a facile maiden triumph when stepped up to two and a half at Navan and the 6/4 favourite confirmed his class with a six-and-a-half-length triumph over the Willie Mullins-trained Blue Lord, with Gavin Cromwell’s Gabynako keeping on for third having made the running.

Blackmore, who brought her tally for the season to 67 winners, shadowed Paul Townend throughout as the champion battled to keep a lid on the ultra-keen Blue Lord. In contrast, Bob Olinger was expending no more energy than required and when Townend kicked for home turning in, he was quickly joined by Bob Olinger who responded impressively to a tap down the neck.

The Robcour-owned six-year-old had moved a couple of lengths clear when spring-heeled at the last and most impressive in testing going was the manner in which he sprinted all the way to the line to prevail by six and a half lengths from a rival who clearly has his own bright future ahead of him.

“I’m delighted for Brian Acheson and Robcour,” said Blackmore. “He puts a lot into this game and it’s great that he gets rewarded with a Grade 1 winner and a horse like that for the future.

Results of the day: