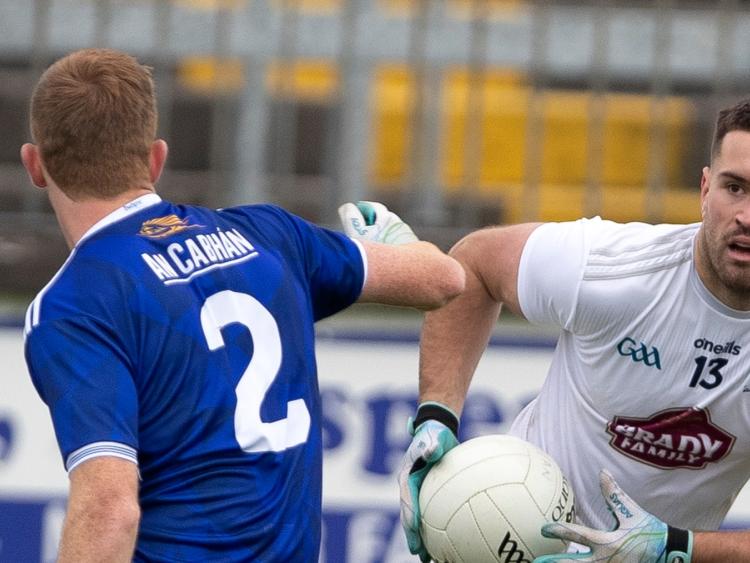 Kildare and Cavan played out a hum-dinger in St Conleth's Park, Newbridge, this afternoon with the home side collecting the two points on offer and what a crucial two points that could prove to be.

In a game of high quality, open football, Kildare were never headed; they opened a three point lead early on  only for Cavan to draw level at the first water break.

Three points in a two minute spell edged ahead by three again and by half time that lead was stretched out to four 0-13 to 0-9, Cavan though had a penalty brilliantly saved by Kildare keeper Mark Donnellan.

By mid-way through the second half the lead was out to seven and it looked like Kildare were in cruise control and when Cavan reduced that by two, The Lilies hit back with a brilliant Fergal Conway goal followed by two points left it it 1-18 to 0-11 with 53 minutes on the clock.

Ten points in the difference but Cavan came storming back to get within three points of the home side and it could have been level after a miss-placed pass put Cavan through but the ball was dropped at a crucial time.

Kildare hit back, were unlucky not to have got a penalty but points from Darragh Kirawn and Jimmy Hyland eased them over the line for a vital win.

Kildare's inside line of Ben McCormack, Darragh Kirwan (making his debut with four points from play) and Jimmy Hyland who between them raised 15 white flags.

Next up Westmeath, next Saturday, also at St Conleth's Park.