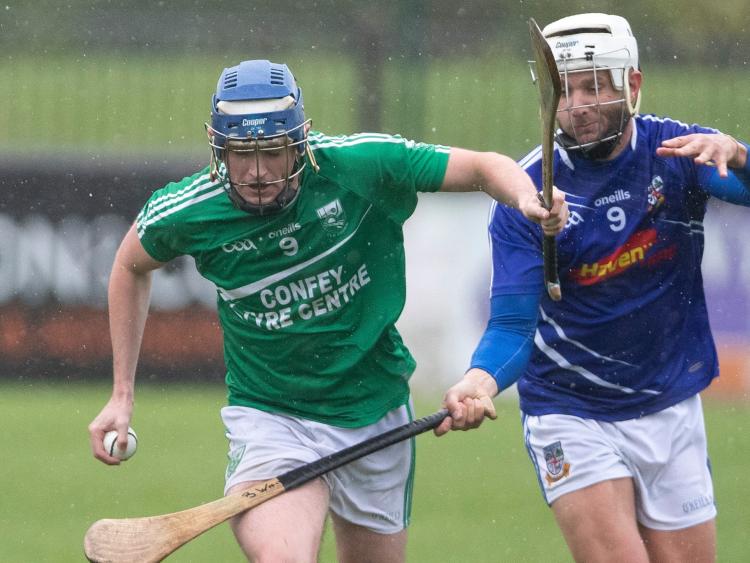 Confey caused a major upset in the opening game at St Conleth's Park this afternoon when booking a place in next weekend's Haven Hire SHC final following a well deserved seven point over a fancied Celbridge side.

In a game dominated by the conditions as the rain never stopped throughout it was Confey who worked the hardest throughout and with David Slattery causing all sorts of problems and goals coming at the right time from Kieran Divilly and Frank Bass Celbridge had no response.

Confey led at the break 0-6 to 0-3 and while they had to face into the breeze in the second half it was they who scored the vital two opening points to stretch their lead.

Celbridge did reduce the gap to three but that was as good as it got when David Slattery picked up a great ball, soloed, before crossing to Frank Bass, the substitute made no mistake to fire to the net.