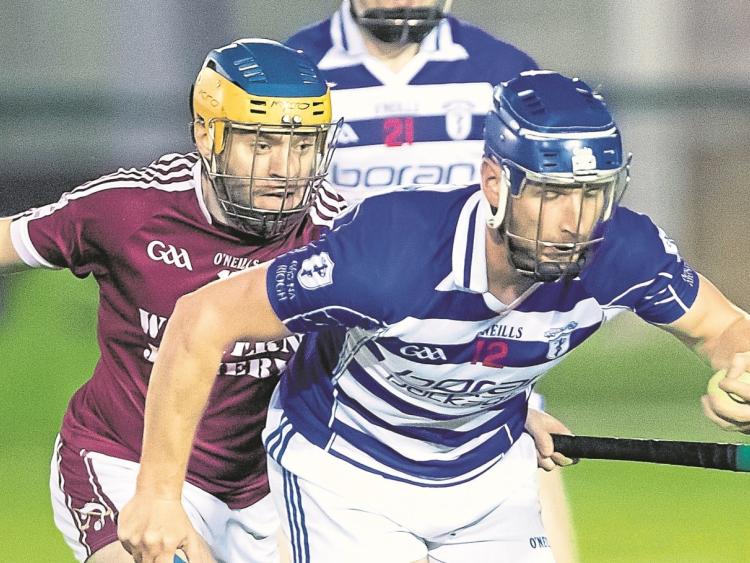 In an unusual turn of events, fixture-wise, the Haven Hire senior hurling championship semi finals are down for decision on Sunday (October 4) at St Conleth's Park, Newbridge, the SFC decider being played 24 hours earlier.

Group 1 saw championship favourites Naas drawn along with Confey, Leixlip and Clane. No surprise when Naas came through unscathed while Confey grabbed the vital second spot to book a place in Sunday's semi final.

The second group was much tougher (maybe that should be closer) with Celbridge, Eire Og Corrachoill, Ardclough and Coill Dubh.

In the end Celbridge, probably favs to make it through in fairness, but they were joined by Eire Og Corrachoill; Ardclough were the unlucky ones here, finishing on the same number of points as the two teams above them but it was the battering they received in their first game against Celbridge that ultimately saw them lose out on scoring difference. Coill Dubh struggled all through and ended up pointless.

And so to Sunday.

The opening game sees Celbridge take on Confey in an all north Kildare clash.

Celbridge, as stated, gave rivals Ardclough a right bashing in Round 1; defeated Coill Dubh in Round 2 before taking a four point loss to Eire Og Corrahoill in mid-week; a result that still saw them top their group, but only on scoring differences, three teams finishing level on four apiece.

Celbridge opponents, Confey, booked their place mid-week with a four points to spare over Leixlip.

That Celbridge loss may have been a case of taking their foot off the pedal somewhat, not at full strength and all but guaranteed a place in the semi final, and  would one expect them to be back to full strength come the weekend with Mark Moloney and Fergal Conway leading the charge against a Confey side who will be looking to Padraig Keegan and Kieran and Paul Divilly to get them through. A tight game should be on the cards but it will be a bit of surprise if Celbridge don't emerge from this one.

No doubt Naas come into this fully expecting to advance, but having said that they certainly were not firing on all cylinders mid-week when getting the better of Clane and while they were never really going to lose that one, in the end just five points separated the sides.

Eire Og Corrachoill will come into this game with really nothing to lose. In fairness no one expects them, bar themselves possibly, to defeat Naas but that is a situation the Caragh/Prosperous boys will relish; they love the underdog tag, will tear into Naas from the throw-in and give it one hundred per cent.

However Naas look to have all the talent, no disrespect to Eire Og CC but when you can call on the likes of Jack Sheridan, Brian Byrne, Shane Ryan, the Dowling boys, to name just a few, it is difficult to see anything but another win for Naas.

Having said that Eire Og Corrachill will be certainly be up-beat following their mid-week win over Celbridge, a win that will give them confidence, especially after losing to Ardclough to a late goal in Round 2. They have fine players in Paul Dermody, James Dolan, Kevin Connor, Liam Dempsey is as good a free taker as is around and any sloppiness in the Naas defence will be punished but at the end of the day hard to see anything but Naas setting up a final with Celbridge.