Kildare IFC: Kilcock get the nod to take the title 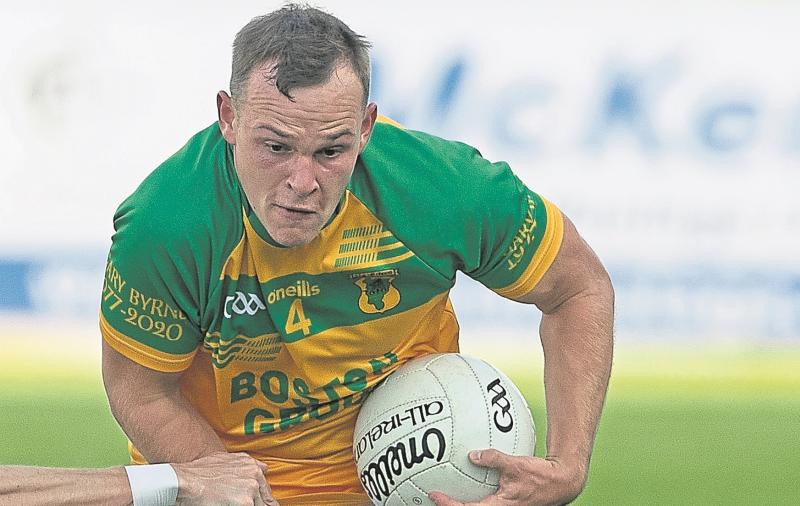 Kilcock's Sean Eves on the burst

Clogherinkoe and Kilcock would certainly have been in most folks top four in this season's Pittman Traffic IFC as they have been over the past few seasons, but they are both in Saturday's final on merit Clogherinkoe having got the better of Ballymore Eustace while Kilcock had to go to extra time before knocking out last season's beaten finalists, Leixlip.
Looking back at last Sunday's semi finals, they were similar in many respects, especially as both, at times looked they would win comfortably and the fact neither did can be put down to a lack, probably, of recent success.
Clogherinkoe began very impressively, let Ballymore back into it (even before Jack Robinson went off injured) but deservedly booked their place in the decider.
Kilcock, on the other hand practically had their ticket booked for the final, although in fairness to Leixlip they did refuse to lie down and forced extra time, which Kilcock won reasonably comfortable.
Jack Robinson looks very likely to miss out having picked up what looked like a very sever hamstring injury and while they still have some fine players such as the McMonagle boys, Mark Nolan, the Grehan's, Gavin Scanlon and Joe Mulraney, replacing a player of the calibre of Robinson is a huge ask.
Kilcock's extra time excursions they could well have done without and that's for sure but they have a well balanced side, especially with the likes of Daragh McArdle, Daniel Courtney, Shane O'Rourke and Eoin Mulhall up front.
Darren Acton, Jason Gibbons and the Duke boys are no mean performers and providing they come out of last Sunday's encounter all fit and well one would have to side with Kilcock to return to the senior ranks.
Expect a high scoring game, both going at it hammer and tongs but if Jack Robinson is not fit to line out, apart from being a big blow to himself and his team, it is also a big blow to the final itself as we all want sent to see class players in action, but is it is very difficult to see anything but a win for Kilcock under the circumstances.