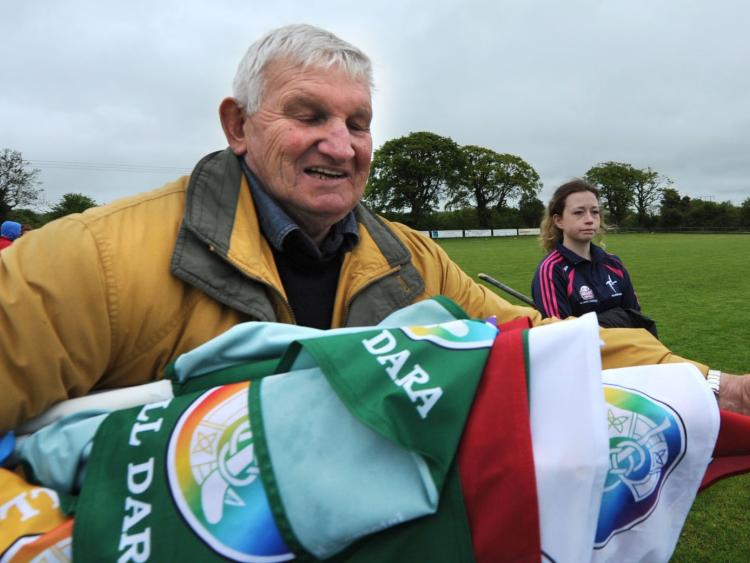 Jim Kennedy passed away suddenly recently without any fuss or any bother, in many respects it was the way the popular Éire Óg Corrachoill and Raheens man lived his life, no fuss, no bother, no controversy.
It sums up Jim well.
Jim was a man if there was a job to be done he did not have to be asked, or he did not wait to be asked, he just got on with it and did not.
Pat Dunney said of Jim “he was simply one of those lads you just could not have a row with.”
While Jim would be looked upon as more of a hurling man than a football man, in fact he was both as being a member of those famous Raheens and Éire Óg teams that won senior football and hurling titles in 1964.
Jim lined out in goals for the foot-
ballers while he moved to the far end of the pitch when it came to hurling, donning the no. 15 jersey.
Jim was a man who gave a lot of time to the GAA and in particular to the younger players, regularly, as one former team mate said, “I think he use to carry the entire team at times in that van of his.”
When Jim's playing days came to an end he moved into the administration side of things and at the time of his death last week was President of his beloved Éire Óg Corrachoill.
He was Hurling Board Chairman for a number of years and prior to taking the reins acted as vice-chairman. Jim was also delegate for his club for many a year.
Jim was also heavily involved with camogie, both at club and county level and was a highly respected figure. He was President of Kildare camogie at the time of his death.
In latter years Jim Kennedy was the boss man at Éire Óg Corrachoill grounds in Donore where he performed every conceivable jot from opening and closing to keep the entire area in pristine condition, something he was very proud of, and rightly so.
Married to Carmel, they had one daughter Lesley. Jim is also survived by his brother Johnny, sister Maura, family and friends.
Jim's funeral took place in Caragh on Wednesday September 16, 2020.
May he Rest in Peace