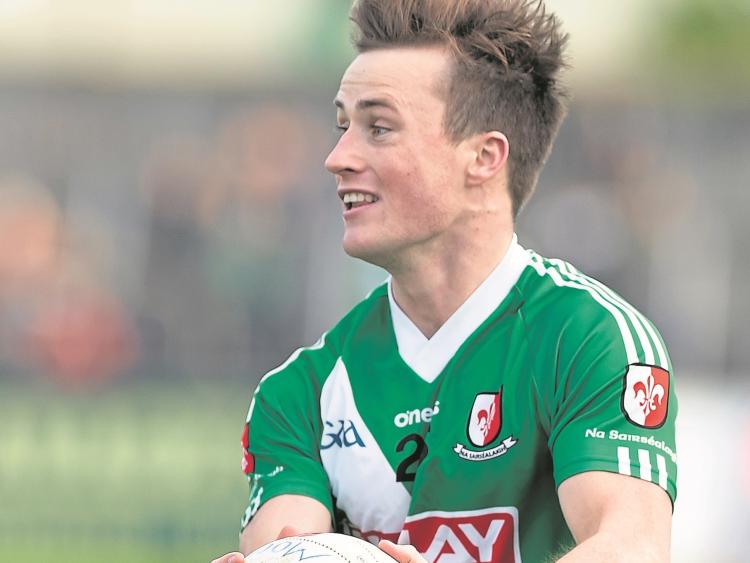 It's a fair few weeks ago since that evening in the Headquarters of Joe Mallon (Renault) Motors (Naas) when the draw for the various football championships were held.

It was decided by the CCC, under chairman, Mick Mullen, that the draw for senior and intermediate would be an open affair, no seedings of any description; four groups of four; no preliminary quarter finals; top two into the quarter finals, and so on.

It was a gamble, a big gamble, to throw all 16 names into the one hat with no restrictions, hoping that the big guns would remain apart.

And stay apart they did.

Mick Mullen breathed a huge sigh of relief, while the rest of us present commented that all going to plan the undoubted top four clubs in the county could, or should, barring an upset along the way, make it to the semi finals.

And so it panned out.

Same four teams as 2019, just a bit of a swop around as regards who meets who.

No doubt the four best teams are through.

Probably what is a bigger worry or even concern is the fact that the gap between these four teams and the other 12 shows absolutely no sign of closing, even remotely.

Champions, Sarsfields, have come through their group games unscathed, winning at ease, without ever at any stage coming under pressure. Even in the quarter final, last week against Raheens, at no stage did they look in trouble.

Many expected Johnstownbridge to put up a real stern test to Moorefield and while they (JTB) got off to a flying start, they, not for the first time, ended up playing the game under Moorefield's conditions and in the end having led early on by six points, ended up losing by the same margin, a 12 point turn around.

Celbridge proved that they simply had too much fire power for a young Clane side that were expected to put up a much better display than they did, and while they trailed by just five points at the break, they were well beaten by the time the long whistle arrived, no less than 14 points separating the sides.

The final quarter final was even a more one-sided affair, well and truly over at half time as Athy led Round Towers by no less than 14 points (0-15 to 0-1) and while that margin was reduced to ten by the end, the reality was the Kildare town boys were out-gunned, out-played and simply not in the same class.

And so to this weekend, Saturday, both semi finals down for decision, with of course, limited fans involvement, which is a crying shame, but I suppose that the fact that this championship has reached this stage at all is something to be pleased about.

Moorefield and Celbridge are first into action, at 2 pm.

Over recent times The Moores have proved a step too far for their counterparts from the north of the county.

Will that prove the same again?

Celbridge are certainly one of the teams that have shown a lot of improvement this time around, they are playing very well under their new boss; have no shortage of talented players; no shortage of county personnel, so they will come into this in a good place.

Moorefield, at times during this campaign, looked somewhat out of sorts; lacked something while losing a group game to Raheens, albeit by a single point.

However in the quarter final, the hoped-for improvement arrived when they disposed of the Luke Dempsey-managed Johnstownbridge by six points, that after conceding 2-1 in the opening eight minutes.

However The Moores, not for the first time, did not panic, gradually got themselves back into the game and when things hotted up, there was always only going to be just one winner.

They did end the game with 14, midfielder Aaron Masterson given an extremely harsh looking red card. That red card was appealed to the Hearings Committee but turned down. However it is understood that Moorefield are now appealing to the Leinster Council, and that decision could have a huge bearing on the Saturday's semi final.

As for the game, well it could be a right good one between two fine sides.

Celbridge are scoring well. Paddy Brophy, Kevin O'Callaghan, Fergal Conway are in top form; Kevin Flynn is flying at no. 6, while Shane McNamara is as good a keeper, bar none, that is in the county at present.

For Moorefield, Eanna O'Connor is a class act and is consistent personified; Adam Tyrrell, a little in and out of games but a real threat; it is a team with lots of experience all over the place; and as their manager pointed out after their quarter final win, they play for one another; no super stars; they don't do panic and play as a unit.

Could be very close, and while it will be no surprise if Celbridge come through, nevertheless the doubts still remain and Moorefield get a very slight preference.

Semi final no. 2 throws-in at 4.30 and again we can expect another fast, free-flowing game between two very well-equipped sides, both packed with talented players, many who will, hopefully, be donning the white of Kildare in a matter of weeks.

Sarsfields, as said previously, have come through this campaign without ever being put under pressure, strong at the back; powerful in midfield, they possess forwards of high quality.

Ben McCormack is a top, top player while the returned Barry Coffey is a class act; the Ryan boys are playing well as is Conor Hartley and Ronan Fitzgibbon; Matty Byrne is a hugely influential player while Ray Cahill and Alan Smith have all been here before, not forgetting the champions probably have one of the strongest benches of any of the four remaining sides.

Athy, though, are not without a chance by any stretch of imagination. Playing well, not unlike their opponents, they have arrived thus far with relative ease. No shortage of experience, they have in the Hyland boys quality footballers; Kevin Feely will drift between midfield and full forward with his usual effect, Niall Kelly is probably in the form of his life at present while Liam McGovern is no mean performer.

Still at the end of the day it is very difficult to look beyond the champions.

The last time we had a county final without either Sarsfields or Moorefield competing was back in 2011 when Athy defeated Carbury.

Since 2000 there have been only three occasions neither Sarsfields or Moorefiled have not been in the decider and since the turn of the millennium the two Newbridge clubs have cross swords in the final on no less than eight occasions.

Don't be surprised that come Saturday, they will have set up final number nine!