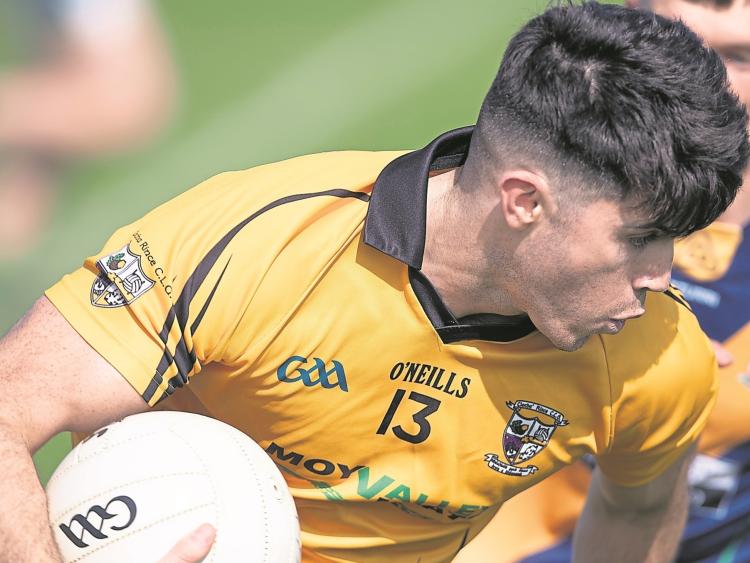 While the main focus of the weekend will undoubtedly be on the senior semis on Saturday afternoon, just 24 hours later and it will be the turn of the intermediate sides to battle it out for a place in the Pittman Traffic IFC final.

Always a tough championship, 2020 is no different this time around.

Last year's beaten finalists, Leixlip are just one game away from making it back-to-back finals, they take on a fancied Kilcock side; while in the opening game of the two-match programme, last year's junior champions, Ballymore Eustace, take on Clogherinkoe in a game that throws in at 2 pm.

Clogherinkoe had a fine win over Two Mile House in the quarters last weekend and while The House, at times this season, did not look to be playing at their best, nevertheless they were expected to, at the very least, make it to the decider.

Like at any level, a team that has a marquee forward(s) will always take a lot of beating and in this regard The Cloghs have in Jack Robinson a player of huge potential. In the quarter final he scored no less than ten points so Ballymore will be fully aware of his talents. Clogherinkoe are not just a one man side though they have fine players in the likes of the Grehan boys, Cein McMonagle, Joe Mulraney and Aedan Boyle.

Despite taking a bit of a drubbing from Kilcock in their final group game, Ballymore Eustace stepped it up considerably in the quarter final win over Ballyteague, with four points to spare.

They led by five at the break, tacked on three after the break, The Larks failing to score until the mid-way point of the second half and while they (Ballyteague) did close the gap they never got close enough to put their opponents under any great pressure. Mark Barrett, Michael Stewart Byrne, the Murphy boys are more than capable of holding their own against most opponents.

This could come down to which Ballymore team turns up; the one that defeated Ballyteague or the one that lost heavily to Kilcock, but on the balance the vote goes to Clogherinkoe to make it through.

Semi final no. 2 throws in at 4.30 and a very interesting game we have in store here with Leixlip taking on Kilcock.

Kilcock have been threatening at this grade for the last few seasons and will come into this with a fair degree of confidence having defeated Suncroft somewhat comfortably last time out. They have in Shane O'Rourke and Darren Action a pair of players who are enjoying a great season. Eamonn Fitzpatrick, Chris McCarthy, Jason Gibbons is a fine midfielder and all told this is a team who would be many people's favs to go all the way.

Leixlip, though are a side not to be dismissed lightly.

They have the experience of last year to call upon, have two fine midfield players in Tommy Moolick and Ronan Fitzsimons; young Jack Quinn has fine pedigree while Neil Jordan and the experienced Paddy Meagher to keep the score board ticking over.

It took extra time and a late free for Leixlip to get over Allenwood, they will not be too far away again but the vote goes to Kilcock on this occasion.