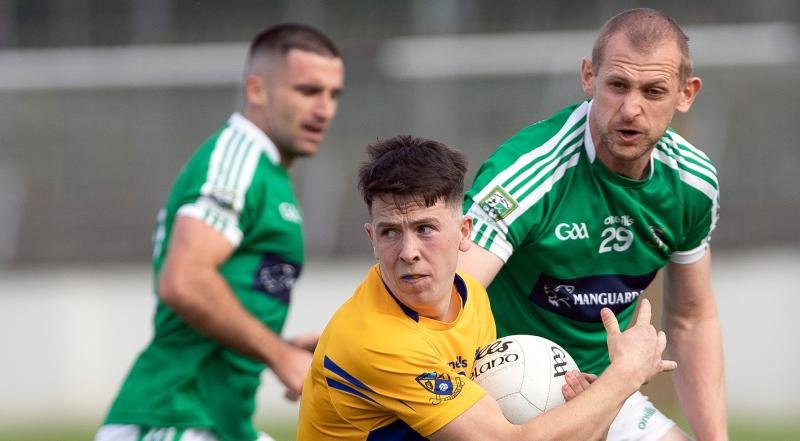 It was a day packed with drama as Day 1 of the final group stages were held in the senior and intermediate football championship.

Shock of the day went to Frank Hannify's Raheens who defeated Moorefield, deservedly, by a point. It was enough to leave three teams level but The Moores still top, Rahens finishing second with Carbury the unlucky ones finished third on scoring differences.

Elsewhere there were wins for Sarsfields and Johnstownbridge but The Bridge picked up a few injuries with Daniel Flynn going off with what looked like a hamstring injury.

in the intermediate championship, a goal in the 65 minute of time added on saw Leixlip keep their championships alive as they finished second, to Clogheirnkoe, on scoring averages. Elsewhere there were wins for Two Mile House and Johnny Doyle's Allenwood and while St Kevin's defeated Rathangan, they lost out on scoring differences, by a single point.