The man who did it all, Ruby on Barry 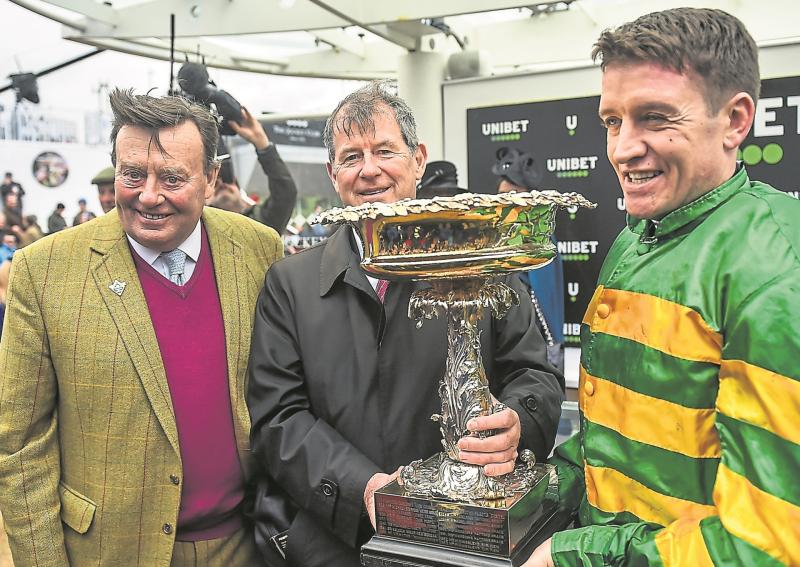 Barry Geraghty was a brilliant rider, the bigger the day, the better the jockey he was. Some have classed him as a ‘big-race jockey’ but he was much more than that. He rode 1,920 winners up until his retirement last weekend, after all.

He made very few mistakes and he didn’t leave many opportunities behind him. The stats don’t lie. He rode 43 Cheltenham festival winners and is one of the very few jockeys to have ridden the winners of the Big Four Championship races (Champion Hurdle, Champion Chase, Stayers Hurdle & Gold Cup) at the Cheltenham Festival.

Even when you look at the Festival just gone in March, he rode five winners from just 11 rides. That’s just incredible and it’s some strike rate.

Barry could do everything. He could be in control of a race like he was in last season’s Champion Hurdle or he could pull one out of the fire like he did on Champ in the RSA Chase. He was the go-to guy in the big races for a lot of trainers.

Willie Mullins used him to ride Florida Pearl on a couple of occasions and he used him on Un De Sceaux in France a few years ago too. He even won a big race on Cyfor Malta at Cheltenham one day for Martin Pipe.

There was no weakness to Barry Geraghty and someone with his record wasn’t going to be left in the weigh-room. When you think about it, the only big race he didn’t win was the Galway Plate and that’s a handicap.

He rode his first two Grade 1 winners on Alexander Banquet and Moscow Flyer on the same day at 20 years of age and he stayed at the top level ever since. He had good jobs throughout his career. He was obviously with Jessie Harrington in the early noughties and rode Kicking King for Tom Taaffe around then too.

Eddie O’Grady was another trainer he rode plenty of winners for around then and then when things went a bit flat here, he obviously got the job in Nicky Henderson’s after that. He rode a lot of good horses there and then when AP McCoy retired, he got the JP McManus job. His career was one of natural progression and that’s because he was a brilliant rider

I got to know Barry properly later in years as I only met him through riding. I was champion amateur jockey and he was champion conditional jockey around the same time. We were both champion jockeys then soon after and our careers ran side-by-side.

We sat next to each other for many years in the weigh-room and travelled together a lot. We got on well but we were fierce rivals as well. In a race, you knew that when you got to the back of the last fence and Barry was near you, like all the other top jockeys, you knew you couldn’t make a mistake.

Barry would put you under pressure but he also made you a better rider because of the standard he was able to ride at. We managed to be rivals but still stay friendly.

That was the case around the time of when Moscow Flyer and Azertyuiop were running. To be honest, I don’t think we ever talked about the rivalry between those two horses. He rode one horse and I rode the other.

We both had enough respect for each other to realise that one wasn’t going to tell the other fella what you were going to do or what they thought. We just talked about other things.