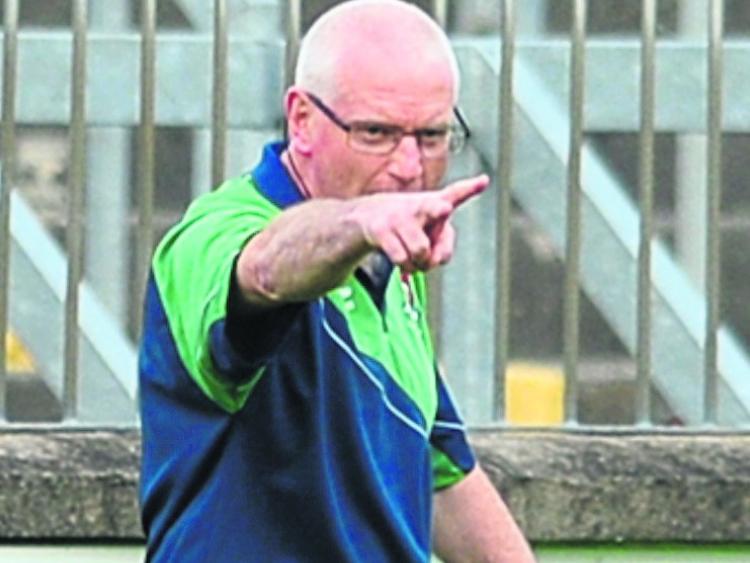 Just coming up to his 19th birthday in 1976 John Crofton made his debut for Kildare seniors, playing at wing back, it was a game they lost to Laois, and of course with no back door that was the end of 1976.
However the following year, ’77, Kildare were drawn against Dublin in the opening round, and remember that Dublin had won the All Ireland in 1976, so Kildare put in a big, effort to be in the best possible shape for that game.
And, as John Crofton explains, “we had a great chance to beat Dublin, on two counts that year; one being we started training, with that game in mind just after Christmas; and the second one was that the All Stars were away for a few weeks just prior to the fixture.
That time the All Stars trip was for the best part of three weeks and of course Dublin, being All Ireland champions were on the trip and returned just a week or so before they were due to play Kildare.
“If ever there was a game we should have won it was that one; we had an amount of possession but just could not convert it and Dublin went on to win by a couple of points.”
Like many players of his era, John Crofton never got to walk up the steps of the Hogan Stand on a Leinster final day despite reaching finals in ’78, ’92 and ’93.
It was in 1980, John Crofton, recalls, when Larry Tompkins made his debut for Kildare, against Roscommon in the NFL. He was just 17 and was marked by the great Gerry Connellan, one of the finest players that county ever produced, Larry scored four points, showing he was a player with real potential.
“Such was the dedication of Larry Tompkins” said Crofton, “when brought into the county set-up he often had to thumb a lift from Eadestown to Naas, where the team trained at that time.”
Larry Tompkins was an absolute incredible player, one of the best, probably thee best players I have ever played with, played against or actually saw playing football, bar none, said Crofton.
Tompkins was a carpenter and when he was fully qualified, around 1984, we were in a deep recession; he lost his job and was out of work. He went to an official of the Co. Board to see if any-
thing could be done as regards work and was told “the dole queues are long.”
He was approached by New York to go over to play for a weekend, “and why wouldn't he, with no job and no money” said Crofton.
Tompkins played against Wicklow in the Leinster opener in '85 returned to New York, but this time, to work. When the next round came, against Meath, he came back, on the understanding, according to Crofton, his fare would be paid.
After the game, which Kildare lost, Tompkins was told only the return fare would be met.
By all accounts Tompkins was furious, manager Eamonn O'Donoghue was furious; senior players were furious. Larry Tompkins never laced a boot for Kildare again.
That year Crofton and Tompkins were called up as replacement players for the All Stars to play Kerry in San Francisco and New York.
The All Stars played champions Kerry and while Crofton readily acknow-
ledged that while the Kerry players were maybe not up for the two games as much as he and Tompkins were, nevertheless the Eadestown man gave such an exhibition of football his hotel phone never stopped ringing with offers to play in The States.
John Courtney took over from Eamonn O'Donoghue but after a disagreement departed and Pat Fitzgerald was installed.
Both Crofton and Paddy O'Donoghue pleaded with the former Offaly great to make approaches to get Tompkins back; but it never happened and soon after when Cork manager, Billy Morgan, got word what was going on he made approaches and Larry Tompkins became a Cork player and, as Crofton says, “you know the rest.”
Hindsight admits Crofton “is always great but really, we, as players, should have been saying to the Co. Board at the time ‘get your act together or we will be standing down’ but that never happened.”
The Eadestown man went on to win 6 Munsters, 2 All Irelands, 1 National Football League and 3 All Star.
“Another great player we lost was Shea Fahey, more stupidly and all over a few quid again.”
Fahey went on to win two All Irelands; six Munster titles; two All Star Awards and was named Footballer of the Year in 1990.
“Can you imagine what Tompkins and Shea Fahey would have done playing under Micko, say for instance in the League final of 1991, and beyond” says Crofton.

MICKO ARRIVES
“When Micko came I was 33 years old but as much as anything I wanted to see what it was like to train under Mick O’Dwyer; I played until 1995, at 36 when I handed in the gun and holster; but I was nominated for All Stars two of those of years, that will tell you how fit I got under Micko.
“He brought a new level of preparation; that prepar-
ation was not old hat, there was a science to it but he also brought a massive impetus to Kildare; auld lads like me and young fellas, wanted to see what it was like to train under the legend that was O'Dwyer.
“I wondered if I could get on a Mick O'Dwyer team, it was a kind of a challenge at the time; the excitement was something else, you could not say it was glamorous because of what you had to do training-wise for him, but he did generate a whole new level of competition to being a Kildare footballer.”
Kildare, of course, got to the league final in 1991, losing out to a late goal from Dublin and then later in the summer got a real hammer blow when Louth shocked us in Leinster Senior Football Champion-
ship in Drogheda.
In 1993 O’Dwyer approached Crofton and asked him would be become a selector.
Crofton picks up the story: “I though when he asked me it was a nice way of putting me out to grass, but no, he wanted me to be a player/ selector in 1993, I was full back and a selector and I really enjoyed those years and I don't mind admitting, I played some of the best football I ever played in the early years of O'Dwyer.”

SELECTOR
Micko departed Kildare in 1994, with no silverware after reaching a League final ’91 and two Leinster finals in ’92 and ’93. However, two years later he was back and with him as selectors were John Crofton, Pat McCarthy and Pat Dunney.
1997 was a year many believe could, and should have been Kildare's year, losing out to Meath after an incredible trilogy of games but that all faded into the background the following year when Kildare were crowned Leinster champions, the first time since 1956 and Crofton recalls what an incredible journey that was, going on to defeat Kerry in the All Ireland semi final before losing to Galway in the final.

1998 FINAL
It was a final we could have won but so many things went wrong for us late on said Crofton. “Glenn picked up an injury which was unfortunate but I think we handled that; it was dealt with well and professionally but the loss of Ronan Quinn had a big effect, we needed significant changes to happen around that.
“Ronan did everything possible to get himself right but he simply ran out of time; that affected us most. Remember a player might think he is fit and believes he is fit but when the pro-
fessional opinion says other-
wise that is what you have to go by.
“Indirectly though” said Crofton “while Niall Buckley was physically fit, had trained for a couple of weeks, had got over the injury (that kept him out of the semi final) but the only football he would have played was in training coming up to an All Ireland final, he missed the semi final and the competitive edge that brought with it; he did ok but not by his standards, even his handling and his touch, like any sport, you need to have the competitive edge.”
And what about the hype, there was huge hype around the county, did that affect the players do you think?
“I don't think the fellas got too affected by the hype throughout the county, but allowing fans into the actual training, before, during and after training sessions was nonsensical, I don't think that did us any good.”
In hindsight would you start the same team?
“Maybe, but some changes were forced; I would have played certain players in different roles, and certainly changed things differently during the game, but that is all hindsight” added Crofton.

DISAPPOINTING 1999
Incredibly as it may seem the year that John Crofton believes that Kildare really slipped up was the following year, 1999.
“We went on a holiday to South Africa which was brilliant, but we knew we would not be training for something like a six week period and we put in place plans using four locations that players could use for training without bringing everyone to Newbridge.
“Everything was planned, everything was in place, the backroom people were all signed up and a meeting was arranged for everyone involved but unfortunately at the last minute, Micko was unable to attend, due to a funeral; the meeting went ahead (which it shouldn't have) and I felt we lost momentum at that point.
“Offaly beat us in 1999, I knew we were not right; Buckley was injured, we brought him in, his impact was minimal; we lost but I really feel to this day it was then, 1999, that we should have made a greater impact but it just did not happen.”
Did you fall out with Micko at that point?
“I wouldn't say that. “We had words, we often argued over different things, but that was then, this is now ...
“Micko decided to change his backroom team for 2000, which of course he was fully entitled to do.
“And fair play to JJ Walsh and Paddy Byrne who he brought in, they did a magnificent job, winning Leinster again, which was a brilliant achievement.”