Kildare's Jack McKenna on the oche in 1990

From the Leinster Leader archives 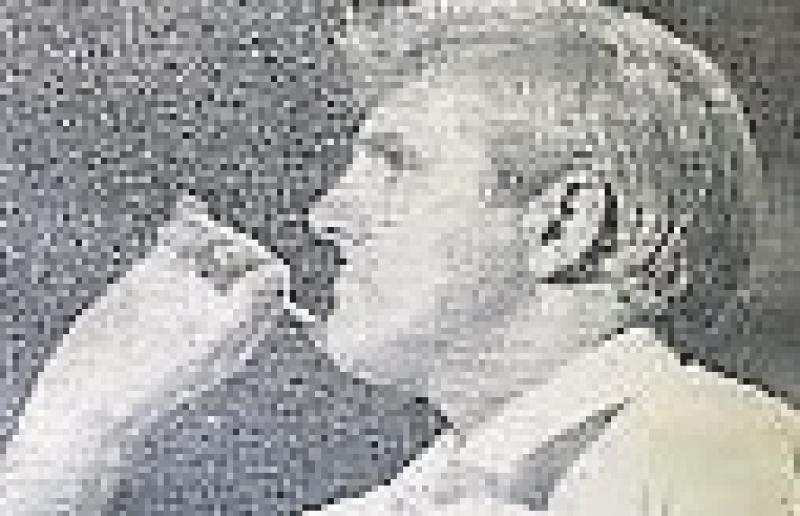 Jack McKenna was looked upon as the country's best darts player of his time, or any time as far as that
goes.
Newbridge man, McKenna really hit the headlines back in 1990 when competing in the World Darts Championships in Surrey; he was flying until he came up against Paul Lim, a top thrower from the US.
At stake was a place in the quarter finals; so the pressure was really on.
However, Jack could only stand and watcyh as Lim won the second leg with an incredible nine dart finish, the only second nine dart finish seen live on television.
It was incredible stuff as Lim threw seven treble 20s, a treble 18 and topped it off with a double 12 that had the crowd roaring their approval at the Country Club in West London, the nine darter earning him a bonus of no less than £52,000.
As usual, McKenna was gracious in defeat, telling his fans when he returned home to Newbridge, “I did not disgrace myself, I was barely beaten and I had my chance to win it.”
That performance earned him an invitation to play in the US in the Canadian Open later that year.

Jack (47) was never your typical beer-swilling, over-weight darts player that, as he said, “is because I don't drink and I wouldn't even go into a pub if there was no dart board in it, and when I did go in I would probably have just a coke.”