A peep into the Leinster Leader Archives 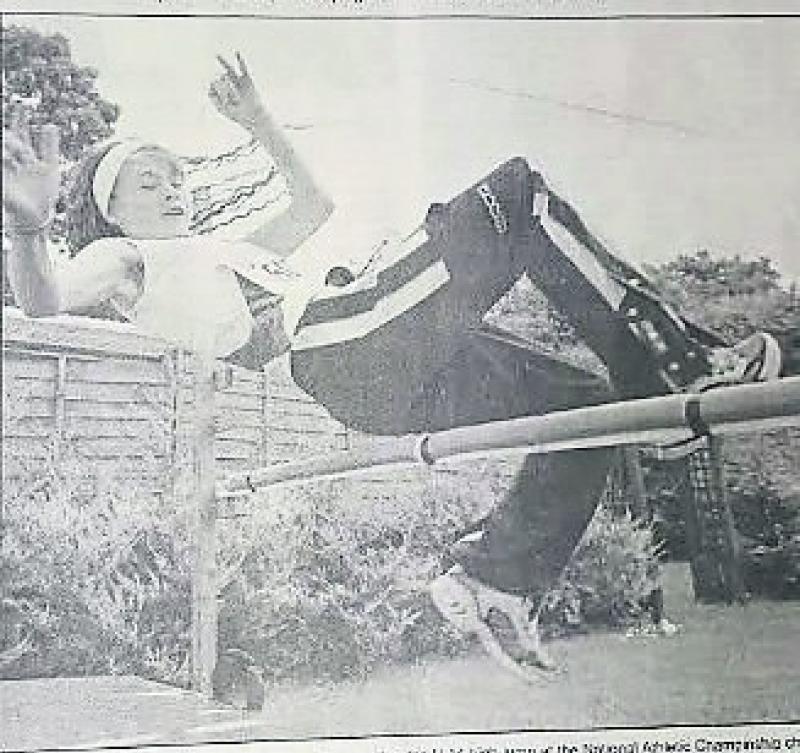 Amanda Casey from Allen, showing her style in the U14 high jump at the National Athletic Championships in Tullamore, August 2000

A report in the Leinster Leader of August 2000 informed readers that St Laurence's U14 footballers who repesented Kildare in the National Football Féile finals and who objected to the Dublin Féile organisers following their semi final elimination to Dublin side St James' Gaels, about known overage players playing for the Dublin club, have seen their objection get a favourable result.
The manager of the St James' Gaels U14 footballers, has been suspended for two years from all GAA activity and six of the St James' Gaels players have been disciplined, three received suspensions of six months and three more receiving three month bans.
The club (St James' Gaels) have also been requested to return the runners-up medals they were awarded in the National Féile finals.
The severe punishment was deat out by the GAC and the National Féile committee following the Crumlin club's participation in the Féile Peil na nÓg final which were held in Dublin earlier in the year (2000).
St James' Gaels were found guilty of fielding illegal players in the competition where they reached the Division 1 final in Croke Park, losing to St Vincent's.
Meanwhile St Laurence's were informed that a three team competition for the silver medals was to take place in Croke Park with the Kildare club along with Cookstown Father Rocks of Tyrone and Ballina Stephanites of Mayo who were beaten in earlier national féile games by the illegal Duiblin side.

Another story that caught the eye from the Leinster Leader of August 2000 concerned Athy Golf Club who saw their captain's prize that year going to a five-man play-off.
The eventual winner was Supt Michael Hurley who was presented with his prize by Club Captain, Derek O'Donovan.
However the report also included an item that told readers Athy Club had just expanded its range of services onto the internet where its own web page has just been established. This allows members to keep in touch with all the golf news from the club.
“People are logging on from America, Australia and England” a club official told the Leader, adding “the site has been a great success.”

Ballymore Eustace's Frank Dooley, failed narrowly in his attempt to win the Diamond Masters 'A' handball All-Ireland 60x30 final at St Coman's, Roscommon, last Friday (August 25, 2000).
Sligo's Paddy Walsh proved to be a very difficult opponent and won the match in two closely contested games.
Dooley made a gallant effort and displayed all his tenacity and fighting spirit and was close to winning the second game bringing the match to a third.
The Kildare contingent supporting Dooley were extended excellent hospitality by the host club.
John Browne and Eamonn Deegan represented Kildare in the Emerald Masters 'A' Doubles All-Ireland final next weekend and hops are high that they will take the title. They have played excellent in their matches to date and they form a very strong combination.