GAA: Could we see a return to the format when Kildare last won Leinster

Back Door system may be slammed for 2020, at least 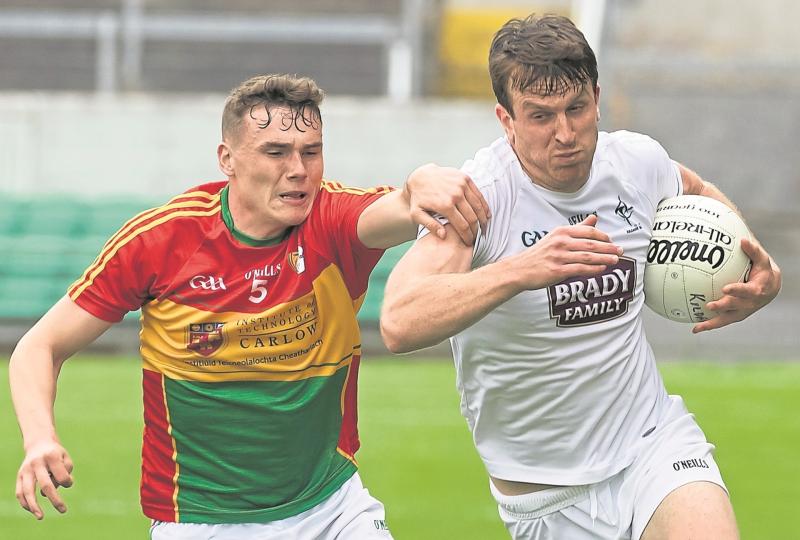 And so we motor on, as best we can in these challenging times.
Challenging times in all walks of life but for now we will concentrate on sport, just to give us all a little bit of respite from the dreaded virus.
The challenges facing sport, regardless of the discipline will, of course, be very severe. Certainly the soccer boys are going to be hit with many League of Ireland sides being told everything, including contracts, all on hold.
Spare a though too for the oval ball boys; the top lads on €250,000 are being asked to take a 50 per cent cut. How will they survive I wonder to myself.
As we mentioned last week, it matters little whether it is football, hurling, soccer, rugby, hockey, you name it, all hit.
Horse racing and dogs can now be added to the list, along with golf.

As for the GAA, well I think it is safe to assume that the Allianz Football and Hurling Leagues of 2020 will not be finished which means there will most likely be no promotion, no relegation and from a football point of view that also means there will be no Tier 2 in 2020, but again that all depends on how the next number of weeks and months pan out.
Assuming that at some stage club and county activity will resume, when, of course is akin to knowing this week's or next week's Lotto numbers, but eventually they will all return.
So the first thing the GAA hierarchy will have to do, and they are probably doing this already, is to plan the various championships in hurling and football.
Again I think it would be fair to assume that it would be no surprise, that if action resumes at inter-county level it may only be at senior. Very difficult to see all the other grades being played while also attempting to get the club scene back up and running.
But who knows.
One thing that looks fairly certain however, is that the format we have knows for the past two decades will hardly survive for this year anyway.
The football and hurling championships are so drawn out, even in what we can now call normal times, is ridiculous and it is near to impossible to see that being adhered to in this particular season.
So that brings us to what format will be used.
Will, for instance, the overseas 'counties' have to take a hit for this year?
One would have to imagine they would, which would be a shame but serious times will always need serious decisions and that certainly looks like one that could well be on the cards; although the incoming President of the GAA will no doubt fight tooth and nail to avoid that particular scenario.
Next up will be actual format and while each province run their respective competitions in their own unique way, and have the authority to do so, but somehow or other don't be surprised that in this instance Croke Park could/will make a directive that, a straight knock-out system seems the only viable way to get through the log-jam, at both club and county level.
If that happens don't be surprised if this entire scenario leads to the GAA having a major look at the fixture calendar, to use that horrible phrase, going forward.
With the entire fixtures programme the subject of much discussion, whatever way this season of 2020 pans out it could lead to a major new discussion as to the best way the inter-county scene should be run, in conjunction with the club action.
The last time we had a straight knock-out, 2000, The Lilies defeated The Dubs in a replay of the Leinster final.

A repeat of that would certainly be some shot in the arm for Kildare.

We live in hope.