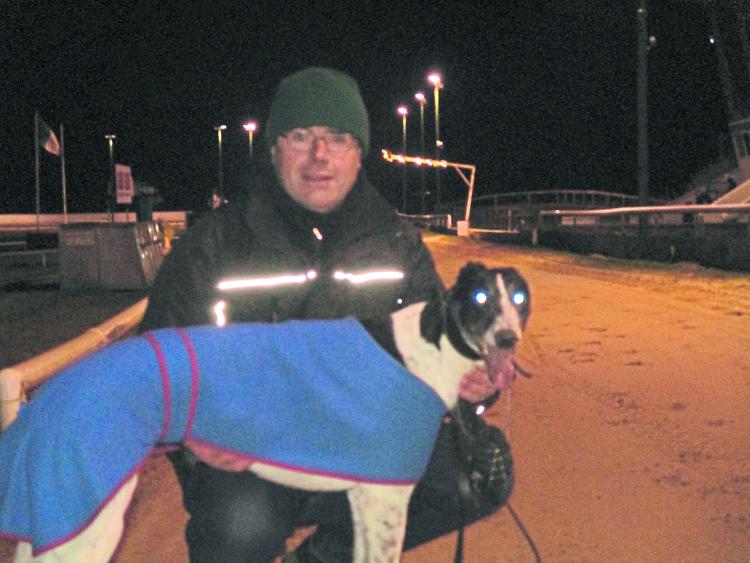 Behind closed doors at Newbridge Greyhound Stadium last night (Friday March 20) there was some sensational racing as the second round of the Brownstown Tango/NTSC Unraced Bitch 525 were decided.

The fastest return of the stake came from the Brendan Matthews owned Unlock Unlock who just caught the record holder Droopys Curio on the line in 28.15.

Diva Deborah scored in a 28.49 as the final heat went to Slippery Diva.

Also down for decision was the opening round of the stadium’s A3/4 sweepstake. Over the sprint trip Not Wanted enhanced his reputation with a lovely 17.70 success.

Full results on the night:

Race 1 S5 325: Jerry Melia trained Burnt Oak Bara prevailed by a head in a 17.83. Monread Mike was two and a half lengths ahead of third placed Hawkfield Sky.

Race 3 A3 525: Greyhounds Make Great Pets A3/4 525 Heat 2: Denross Ruben took this one smartly; Burgess Pilot was second with with Fearmore Tadgh third.

Race 4 S0/1 325: Not Wanted made it win number five from nine outings. Second was Welltimer as Another Fib finished third.

Race 5 Brownstown Tango/NTSC Unraced Bitch 525 Round 2 Heat 1: Unlock Unlock just shaded it with her final drive to win by a short head over the gallant runner up Droopys Curio. Doolin Princess was third with fourth going to Gypsy Island.

Race 6 Brownstown Tango/NTSC Unraced Bitch 525 Round 2 Heat 2: The George Farrell owned Diva Deborah with with a bit to spare; Gentle Trend came home in second; third was Ballymac Bliss; Tinnock Sky also made the semi final line up in fourth.

Extensive report of all the night's racing in this week's Leinster Leader, in the shops Tuesday morning.