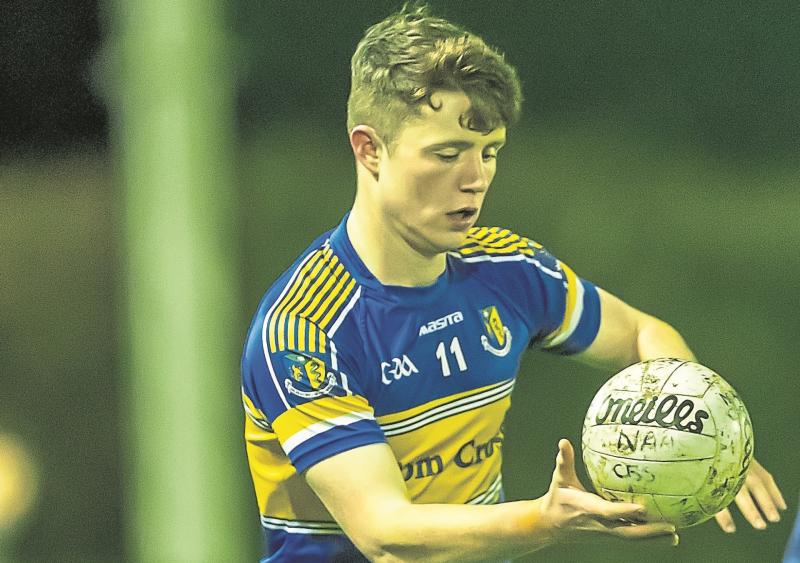 Naas CBS are in action on Saturday (February29) when they take on Marist College, Athlone, for a place in the Top Oil Leinster SF 'A'  final as they (Naas) bid to make it three Bro Bosco Cup titles in a row which would be some achievement if they can succeed.

Kinnegad GAA is the venue for Saturday's game which throws-in at 1 pm.

Naas CBS will be confident heading into the semi final. They have been playing reasonably well, if not blowing the lights out.

With Kildare U20s having bowed out of the Leinster Championship against Laois, a game best forgotten, players from Naas CBS can now concentrate fully on reaching another Bosco Cup final.

Manager Ronan Joyce admitted after his side defeated Moate CS in the semi final that "our second half display left a lot to be desired."

Naas had dominated the opening half of that game, leading 0-11 to 0-3 and looking all but home and hosed but while they never really looked like they would be caught, nevertheless they certainly seemed to lose focus after the change of ends, failing to kill off their opponents.

Still with 42 minutes on the clock they led 0-14 to 0-3 and while they only managed to score one more point, their opponents tacked on 1-4.

Still they will go into Saturday's semi in the knowledge that if they can play to the best of their undoubted ability they have the fire-power to book a final spot.

Decent at the back with the likes of Mark Maguire, Adam Malone and Paddy McDermott; strong in the middle with Eoin Archbold and Drew McDermott, hopefully Kevin Quinn will be fit for this one, the towering midfielder missed the quarter final through injury.

Up front Alex Beirne is playing great football, Sean McLoughlin, Simon Murphy and James Dalton are all more than capable of making a mark.

Marist College though will be no push-over, they will know what to expect from Naas as will the champions know they will be facing a packed defence from the word go; patience, concentration and focus will be paramount if they (Naas CBS) are to succeed.

A top class game is in prospect, Kinnegad, Saturday with a 1 pm throw-in.