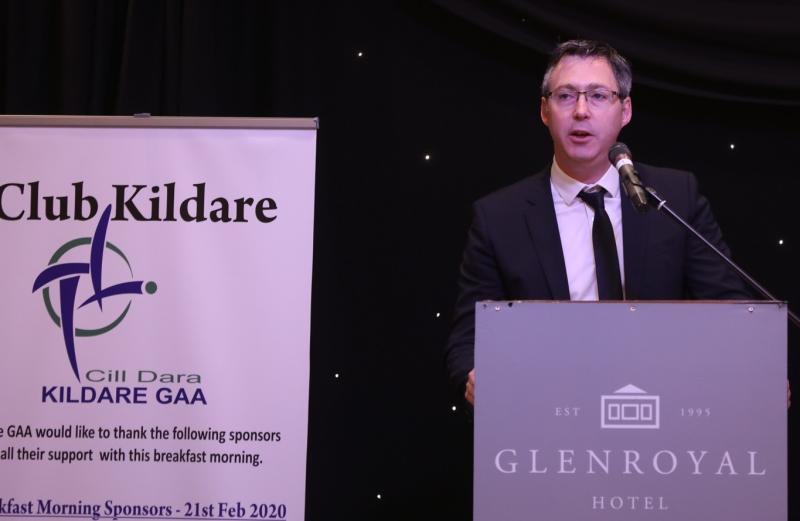 It was standing room only at the Glenroyal Hotel, Maynooth, this morning for Club Kildare's fund-raising Breakfast where Kildare senior manager, Jack O'Connor was the main guest of honour before some 300 attendees.

MC at the early morning gathering (7-9am) was Eamonn O'Flaherty who introduced Mick Gorman, Chairman Kildare Co. Board, who welcomed all in attendance. The Larries man thanked all involved, especially Tom Cribbin, the chief organiser of the event.

Next up was new Club Kildare Chairman, TJ Malone, who informed the attendance that Club Kildare organise just four main fund-raising events in the year including the Breakfast, a day at Punchestown Festival; annual golf outing, organised by Eamonn O'Donoghue and Patsy Power; and the annual Christmas raffle.

TJ, like many before him, said that no. 1 objective on the agenda is to increase membership of Club Kildare, which in fairness has seen great growth over the past few months but the aim is to get it up eventually to 1,000.

Padraig McManus, who is spearheading the re-development of St Conleth's Park, gave an update of where that project is at.

Acknowledging the state grant in excess of €5.5 million, Padraig said other monies from Croke Park and Leinster Council will boost that figure considerably, along with the county board input, naming rights etc., said he expected the work to begin on November 1, with the need for borrowing being kept to an absolute minimum.

Former Clare great, Tommy Griffin, a member of the Kildare management group who concentrates on the mental well-being side of affairs, held a question and answer session with Jack O'Connor.

It proved the highlight of the morning with O'Connor giving a great insight to his management role, past with Kerry, and now with Kildare, emphasising that the players involved with Kildare at present, many who were present, are giving an effort second to no other team he has ever been involved with, including his All-Ireland winning Kerry sides.

Jack told those present where he feels he is with Kildare at the moment, emphasising that belief and confidence is so important while also giving a very humorous account of the very thin line between success and failure.

Overall a very successful morning, both from a fund-raising point of view, and an insight into Club Kildare, along with the Jack O'Connor management style. 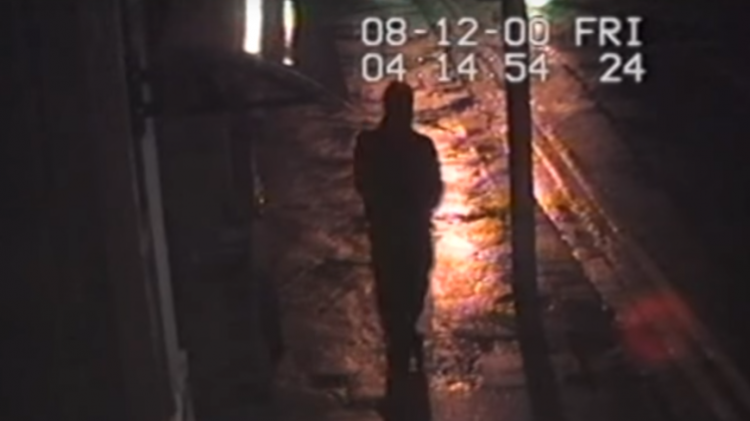