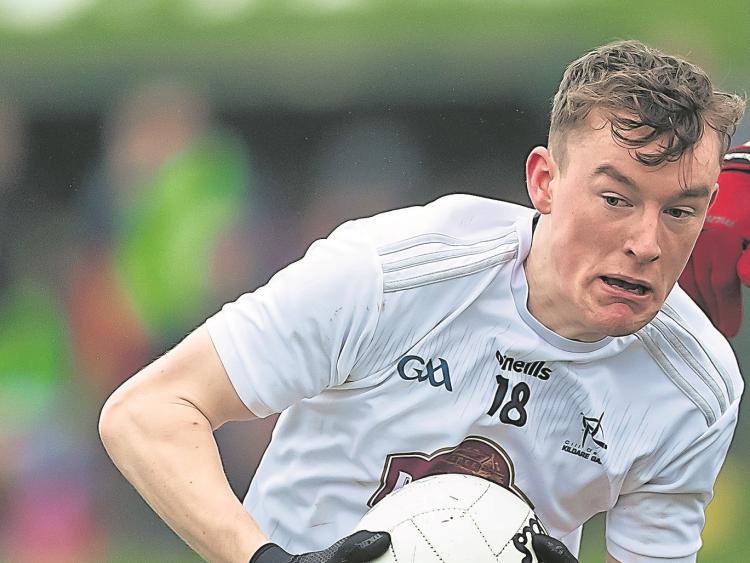 While referee Maurice Deegan was possibly the only man (or woman) in St Conleth's Park that felt this U20 quarter final should go ahead on Saturday afternoon, amid deplorable conditions, Kildare dug deep to eek out a somewhat fortunate win, defeating Offaly with a Paddy McDermott point, in injury time, to book a place in Eirgrid U20 football semi final.

Water on the pitch, players skidding and sliding, mistakes by the bucketful, it was Offaly who managed the conditions best in the opening half leading by 0-6 to 0-2 at the break, Kildare having scored the opening two points before the visitors hit the following six points.

Kildare got their third point some 30 minutes after their second but were then hit with Jack Hamill taking a black card for the team, 'stopping' Jack Byrant as he bore down on goals.

Paddy McDermott, just one, gathered the ball, advanced, passed to Shane O'Sullivan who hit a beauty to the top corner of the Offaly net to make it 1-2 to 0-6.

And while Offaly hit back to stretch the lead back to three, Kildare kept plugging away cutting the lead back, leveling through an Alex Beirne point before a brilliant run by the aforementioned McDermott in the 62 minute saw the Naas man carry the ball forward as the Offaly defence backed off, the CBS star splitting the posts to give Kildare the lead for the first time since the tenth minute of the opening half.

The final whistle arriving much to the delight of Kildare and heartbreak for Offaly who certainly will feel they let this slip away.