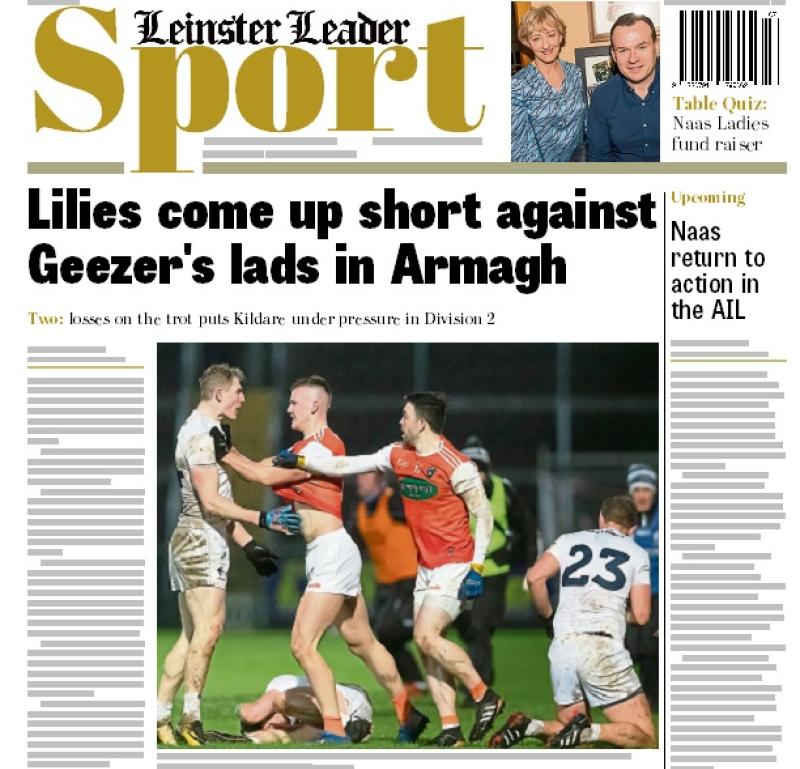 Never as glad to see a Shinner up a pole as we made our way home from The Athletic Grounds (Tommy Callaghan);

A look ahead to his week's AHL game when Kildare travel to Derry for a vital game, while Kildare U20s tackle Offaly in the quarter final of the Leinster U20 football championship;

Naas CBS book a quarter final place in the PP Senior 'A' Schools;

From the first Co Board gathering since Convention, we report on the many changes and name the various committees, many of whom have seen big changes.

Racing: Ross Coakley opens his 2020 winning account on the double;