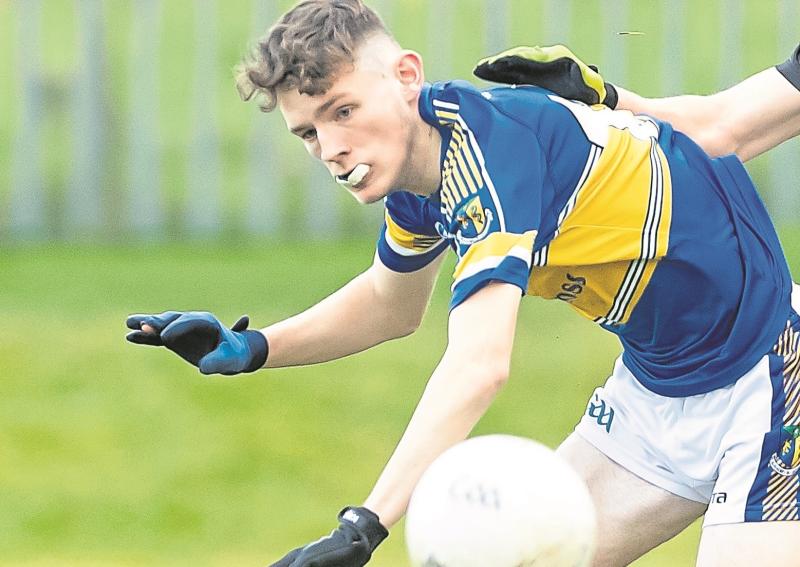 Despite Moate CS making a late mini revival there was never any real chance of them causing an upset as Naas CBS ran out comfortably winners in this PP School 'A' quarter final at Hawkfield this evening.

Naas CBS conceded the first score of the game after one minute but it did not take the 'home' side long to get into stride hitting three in the trot from Sean McLoughlin (2) and an excellent Drew Costello effort and while Moate did reply with an Adam Donoghue point, Naas CBS upped their game firing over eight points before Moate got their third of the half to go in at the break with the score reading Naas CBS 0-11 Moate CS 0-3.

Moate came out of their shell somewhat in the second half, but Naas CBS always had too much in hand and in the end won on a final score line of Naas CBS 0-15 Moate CS 1-7.