No complaints as The Rebels retain the John Kierns Cup 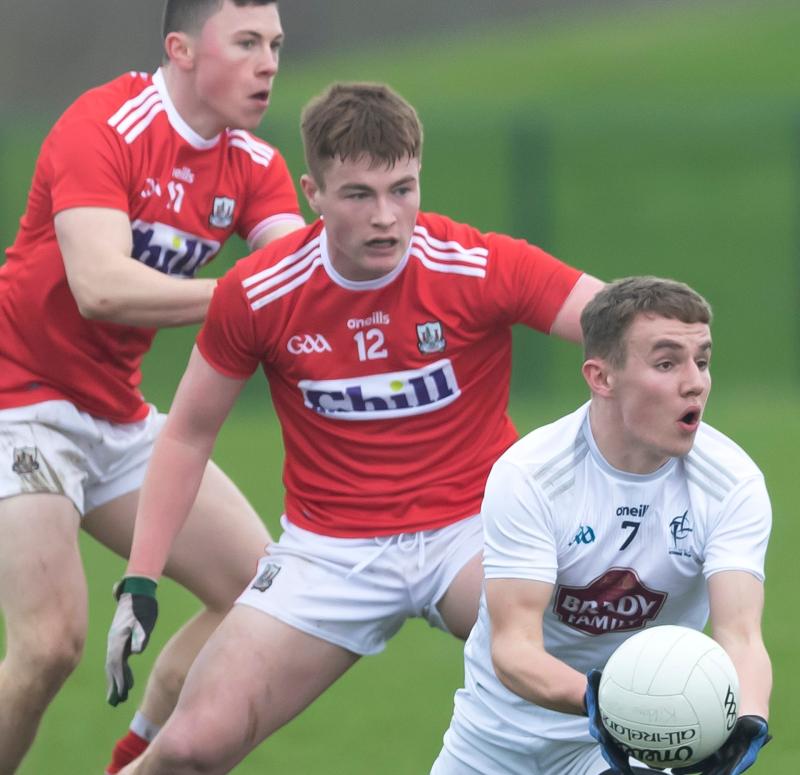 Kildare lost out to Cork this afternoon (Saturday January 26) in the final of the John Kerins Cup Development League final, going under to The Rebels on a final score line of Cork 2-14 Kildare 1-12.

No doubt the winners were the better team and while The Lilies, at times, played some good football, they lost out around the middle of the park where the boys in red proved that bit more proficient.

Cork led at the break 1-7 to 0-6 and no doubt Kildare would have been disappointed with that score line, having got back to within one point of their opponents, but conceded a goal in the 32 minute of time added on.

While The Lilies scored first in the second half, Cork soon had the lead back to four but an inspiration point from Paddy McDermott left just a goal separating the sides.

It was here that the game was won and lost with Cork firing over five points in some seven minutes to lead 1-13 to 0-8 with 43 minutes on the clock.

Kildare showed their fighting spirit hitting three points on the trot but a break-away goal from full forward Blake Murphy sealed it for Cork and while Kildare did find the the Cork net through Shane O'Sullivan it was not enough as Cork ran out winning by a fully deserved fivepoints.