Success for Co Kildare tennis stars of the future 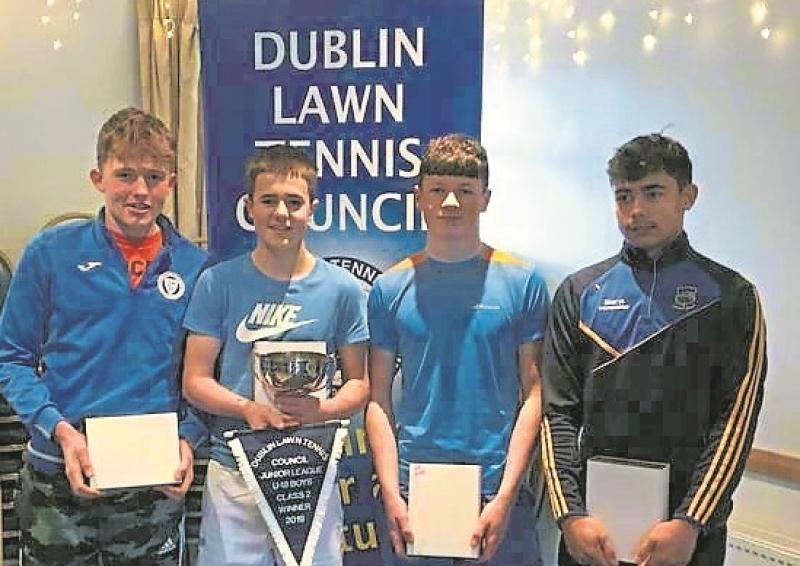 Members of the successful Naas U18 Tennis Club

The Junior teams in Naas Lawn Tennis Club recently competed in the junior tennis competitions organised by The Dublin Lawn Tennis Council.
Having performed very competitively in the group sections, both u14 Boys and Girls teams and their u18 counterparts qualified for their respective finals.
Templelogue Lawn Tennis Club was the venue for the finals and proved to be a very successful day for all the Naas players as they were victorious in all their finals.

Meanwhile the u18 Girls’ team played David Lloyd Riverview located in Dublin and after very entertaining matches the Kildare Club gained the upper hand and won the u18 title.
There were fine performances from all the team; Aishling Hughes, Grace Maloney, Sophie Brown, Lynn Sparrow and Emily O’Reilly.
Sandycove LTC was the opposition for the u18 Boys’ team and this proved to be another very competitive encounter, the Naas representatives; Alex Donnelly, Tom Dockery, Con Killeen and Nathan Slattery. recorded another fine victory.

A memorable and successful day for Junior Tennis in Naas Lawn Tennis Club that continues to be successful on many, many fronts.