Kildare win on the treble at HRI Annual Awards 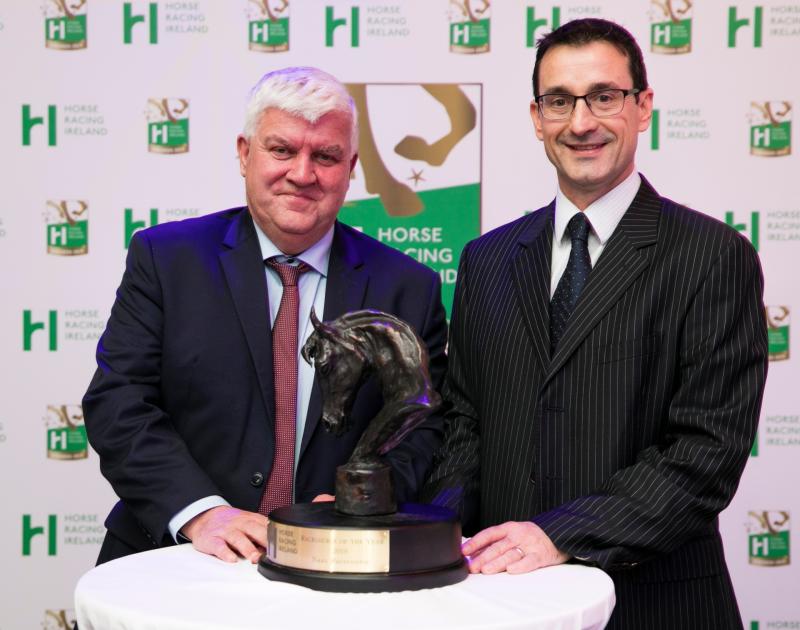 Jessica Harrington picked up the Flat Racing Award; Ruby Walsh (along with Pat Smullen) the Racing Hero Award while Naas Racecourse was awarded the Racecourse of the Year Award at the Annual Hri Racing Awards ceremony last evening.

Irish Racing Hero Award winners Pat Smullen and Ruby Walsh, widely regarded as two of the all-time great jockeys, retired within days of each other earlier this year. Nine-time Flat champion Pat hung up his boots in early May and was then central to a celebrated fundraising campaign for pancreatic cancer trials and awareness of pancreatic cancer research, culminating with the Pat Smullen Champions Race for Cancer Trials Ireland at the Curragh and a sum for charity raised in excess of €2.5m.

Ruby bowed out with Grade 1 success at the Punchestown Festival after his own stellar career. Crowned National Hunt jockey on a record 12 occasions, his record in big jump races around the globe was second to none. The winning-most rider at Cheltenham, Ruby was the leading rider at the Festival on 11 occasions and retired with a record 59 winners at the meeting to his name. Like Pat Smullen, he enjoyed tremendous success the world over.

Jessica Harrington is the winner of the Flat Award. In a wonderful season, Jessica posted her best tally of winners highlighted by the remarkable success of her juvenile fillies. The exciting Albigna landed the Group 2 Airlie Stud Stakes at the Curragh on Derby weekend before winning the prestigious Group 1 Prix Marcel Boussac at Longchamp on Arc day. There was also top-level success for the stable when Millisle won the Group 1 Cheveley Park Stakes at Newmarket.

There were eleven categories in total at the lavish function and the winners were as follows: