Kildare GAA: Ballymore crash out of Leinster by a point

First half misses prove costly at the end of the day 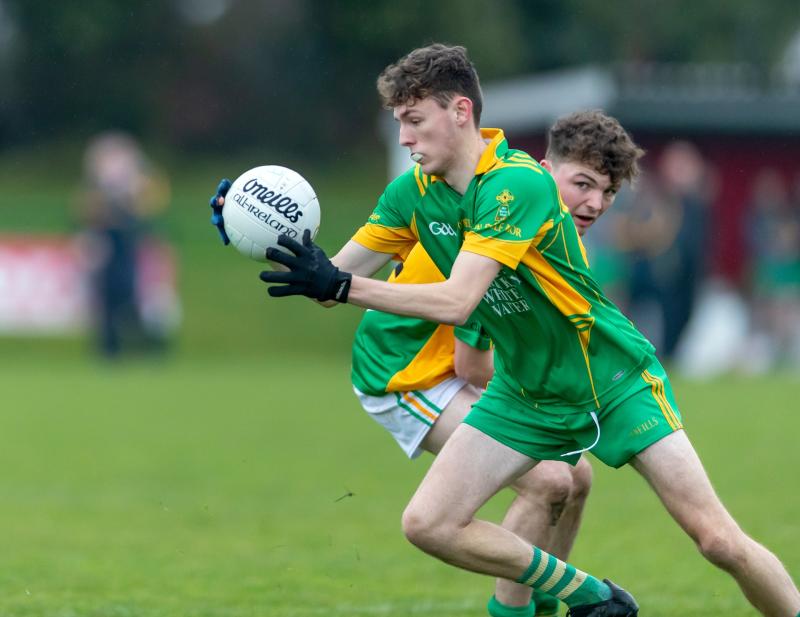 Ballymore Eustace, the last Kildare side still standing in Leinster made their exit at Trim this afternoon in the AIB Leinster Club JFC semi final, going down by a single point to Meath champions Clann na nGael.

It is a game Ballymore will look back on and think of what might have been.

In the opening half they had a amount of possession but unfortunately they left their shooting boots at home, missing at least three very scorable, reasonably close-in frees, and while they led by a point at the break (0-9 to 1-5) they had it all to do when playing against the wind in the second half, on a murky day that saw rain falling on-and-off throughout.

The vital score of the opening half was the Clann na nGael goal. Ballymore, in possession, were turned over on their own 45 and the Meath boys took full advantage, Philip Garry firing to the net.

Ballymore did hit back with points but the writing was on the wall with just one separating them at the break,

Yet while Clann na nGael leveled quickly on the resumption a 39 minute penalty goal from Stephen Dwyer gave Ballymore a three point lead but it was a lead they were never comfortable with and in fact only scored one more point in the second half.

Clann na nGael got a second half penalty, expertly put away by Daragh Griffin, but while the Kildare champs got it back to a point close to the final whistle, they failed to level, despite piling on the pressure in time added on, the Meath champions probably deserving to advance to the provincial final.