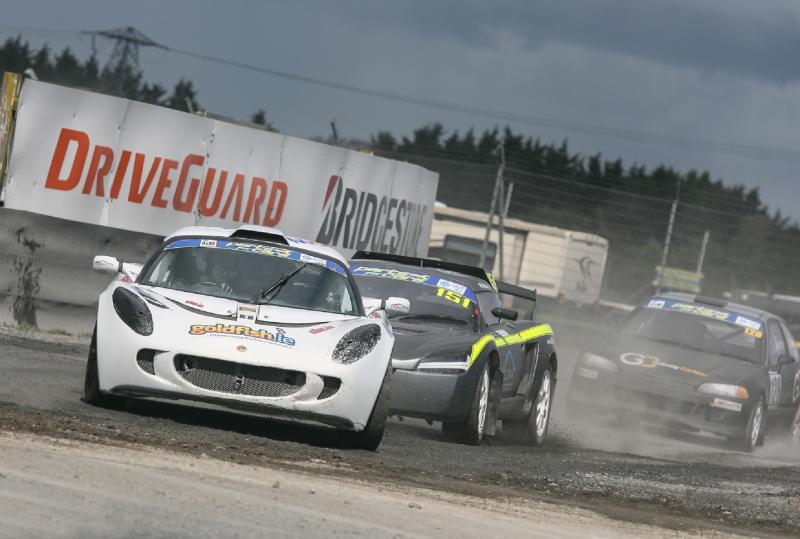 The Parts for Cars Irish Rallycross Championship signs off for 2019 this weekend with an action packed event that will see racing finish under floodlights for the first time in the championships history.

The concluding round of the 2019 Irish Rallycross Championship takes place at Mondello Park this Sunday, November 24, with a number of championships still to be decided and the extra excitement of the addition of an extra round of finals.

With the season opener having been abandoned due to snow just after completion of the heats, the championship will effectively see two rounds decided this weekend as the Round 1 finals are added to the timetable. With an additional set of points now up for grabs a number of championships which previously seemed to be decided are now back In the melting pot and this has led to the attraction of a much improved entry.

As usual the four wheel drive Rallycross Supercars top the entry list, headed by former European Champion Derek Tohill with his Fiesta. Among those out to beat the Dubliner will be Ulster's Derek Jobb with his Ford Focus and the Subaru Impreza's of Carlow's Michael Morris and Darragh Morris from Wexford.

The biggest and most competitive division will be the two wheel drive Modified class where a fantastic seventeen car entry has been assembled. A varied grid, featuring a mixture of powerful front and rear wheel drive cars, will provide the closest action of the day with any one of a dozen drivers capable of taking the win.

Quite often the most exciting Rallycross action is provided by the Buggys and for the final event a very competitive eight car field has been assembled. Junior Rallycross is also very healthy with nine youngsters set to contest the final round. Filling the remainder of the programme will be races for Production Cars, the biggest Fiesta grid of the year, Retro Rallycross and the Rallycar class.

Sunday's timetable will have a very different feel as the day will commence with the Round 1 finals before reverting to its usual schedule. Three rounds of heats will then be run to decide the grids for the championship deciders. With the heats over the stage will be set for a first for Irish Rallycross as the finals will be held back until darkness falls in order to run the last races of the season under floodlights.

Tickets to this unique Rallycross event are available at the reduced price of €12.50 when book on line from www.mondellopark.ie. Admission on the day is €15 for adults with under 16s admitted free