Will Rule changes, and Tier 2, have the desired effects

Mixed views on both in many quarters 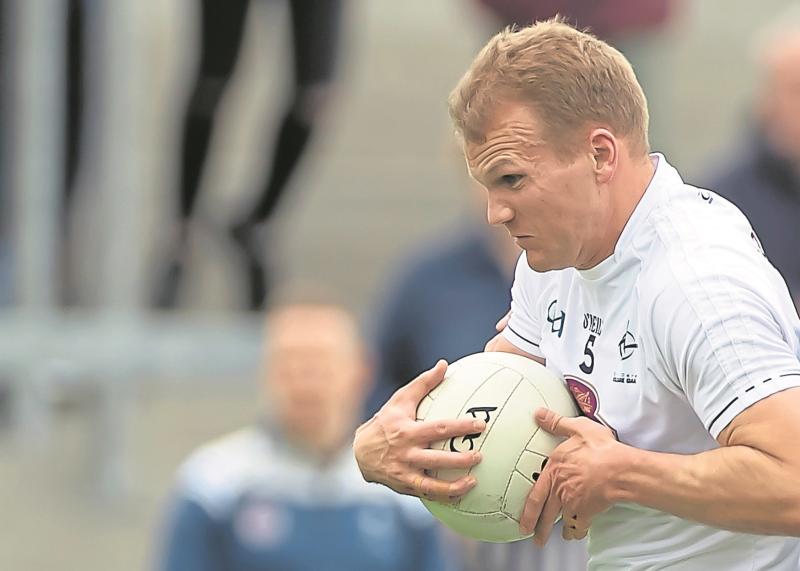 Peter Kelly in action for Kildare

Now that we have moved into the month of November the new football playing rules that were passed at the recent Special Congress are officially in operation. However they are only for competitions that commenced since November 1; competitions such as the provincial club championships are excluded and will be played under rules prior to Congress.
The O'Byrne Cup, which commences on Saturday December 7, will be the first occasion we will see the new rules officially in operation in this neck of the woods.
There is little doubt that the changes proposed at Congress were always going to be passed such is the way a Special Congress is set-up.
Unlike an ordinary congress, at special congress counties delegate numbers are reduced by 50 per cent while at the same time Croke Park management committee (some 50 plus delegates) are all eligible to vote so in essence the voting is stacked heavily in favour of the top table.
Apart from the changed rules, Congress also gave the green light to the introduction of a new Tier 2 Football Championship.
In many respects both the playing rules and the introduction of the Tier 2 came in somewhat under the radar; we can only hope, and wonder, that when competition gets under way there will be no regrets and few, in any, misgivings.
The Tier 2 system will see teams from Division 3 and 4 (at the end of the 2020 Allianz Football League) and who do not make it to their respective provincial finals later on, instead of playing in the Football Qualifiers will automatically go into this new Tier 2 Championship.
So when relegation and promotion is decided at the end of the 2020 Allianz Football League, all counties that will play in the 2021 Division 3 and 4 of the AFL, and do not reach their provincial final of 2020, will go into the Tier 2 Championship.
The knock-on effect will mean their will now be only two Football Qualifying Rounds instead of the four heretofore.
And remember that teams relegated from Division 2 come the end of the 2020 AFL will not play in the Football Qualifiers either but will instead go into Tier 2 competition.
Imagine the furore if one of the so called stronger counties happen to be relegated to Division 3 and then head to Tier 2.
Consternation.
Yet one can legitimately ask if players will buy into it.
Some counties are very much in favour of Tier 2 but there are others who believe the decision, just like the infamous Tommy Murphy Cup, has the potential to be an absolute disaster, so it will be interesting to see how this will pan out.
And what of the rule changes?
Three in all and again one has to wonder if they have really been thought through.
The three changes are as follows:
(1) A player who picks up a black card will now go to a sin bin for a 10 minute period; any delay(s) during that ten minute period will not be considered, and when a player returns to the action if he happens to pick up a second back card he will be sent to the line, permanently.
(2) The advanced mark will come into operation, providing the ball travels 20m.
(3) All kick-outs will now be taken from the 20m line.
The black card rule that will now see a player spend 10 minutes in the bin, on the face of it looks like a positive decision. However the fact that any stoppage, regardless of the reason whether it be for a bad injury, delaying or deliberately and purposely time wasting, will not be taken into consideration and that certainly leaves the way open for major abuse.
Remember when these rules were being trialed it did not take certain counties long to cop on that when down a 'sin bin' player for 10 minutes there are many ways and means of restricting play for that period.
On top of that remember if that happens on the county scene can you only imagine how the club scene will deal with the situation.
Certainly at club level it will lead to extra pressure and extra responsibilities on the man in the middle.
As for the advanced mark, there are a lot of folk who have grave reservations on this one also.
The first being the ball must travel some 20m before a mark is awarded which will undoubtedly be questioned time and time again but the other, and even more worrying aspect of this rule, is that it has the capacity to curtail a talented forward from going for goal having gained possession, but instead opt for (more times than not on his manager's instructions) take his mark and fire the ball over the bar.
The day of the big full back; big midfielder and big man up front is certainly on the way back and that's for sure.
Again the intention of the rule can be seen but the execution could see more and more stop-
start play creeping into the game, not unlike Australian Rules format, unfortunately.
There may be only three rule changes, plus Tier 2, but combined have the potential to change the game big time.
For better or worse?
We await with bated breath!