Kildare GAA: Kilcock to honour their club heroes of 1919 All Ireland

Four Kilcock members on that Kildare All Ireland winning team 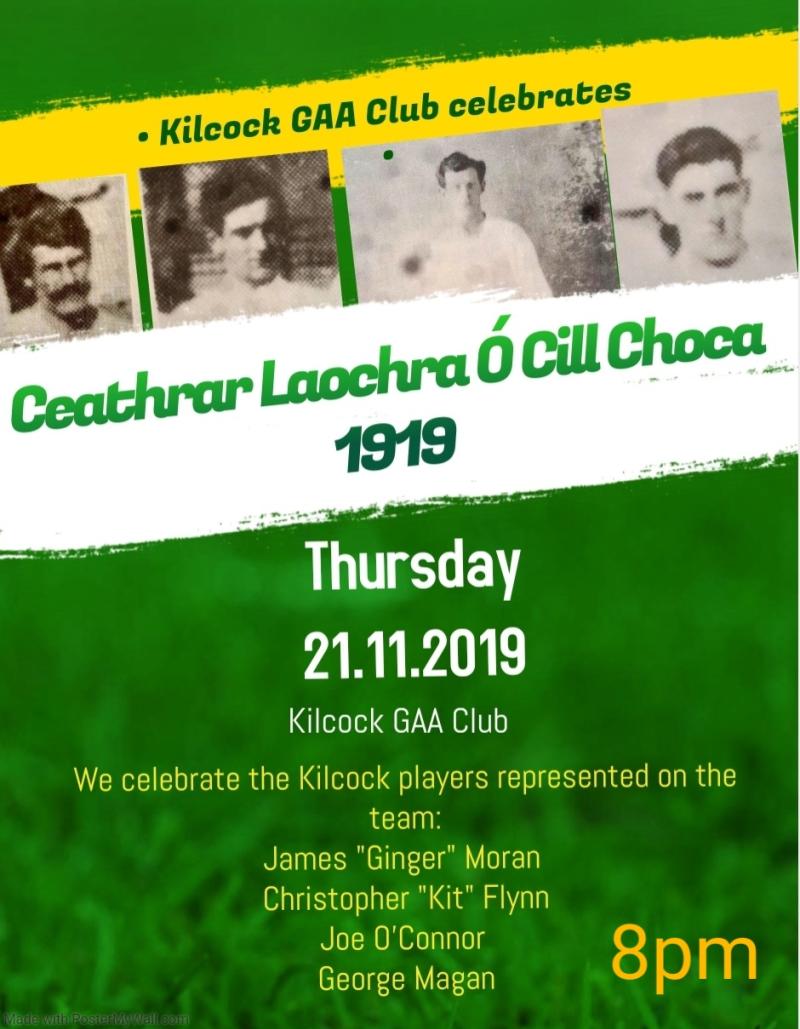 Kildare may only have four All Ireland's to their name but they are all still held in high esteem.

And to commemorate the 100th anniversary of the 1919 win Kilcock GAA, who had four representatives on that team, are holding a night of remembrance and celebration at their clubhouse on Thursday November 21.

The players that represented Kilcock on that day were James "Ginger" Moran, Christopher "Kit" Flynn, Joe O'Connor and George Magan. Tommy Kelly from Kilcock was also part of the backroom team.

There is an open invitation to one and all to go to Kilcock GAA on that date, and meet with relatives and friends who it is expected will bring along the medals and other memorabilia of that era.

A talk will be given on the All-Ireland campaign in 1919 along with pen pictures of these famous players.

Everyone is invited to attend as Kilcock pay a fitting tribute to these outstanding players of that era.