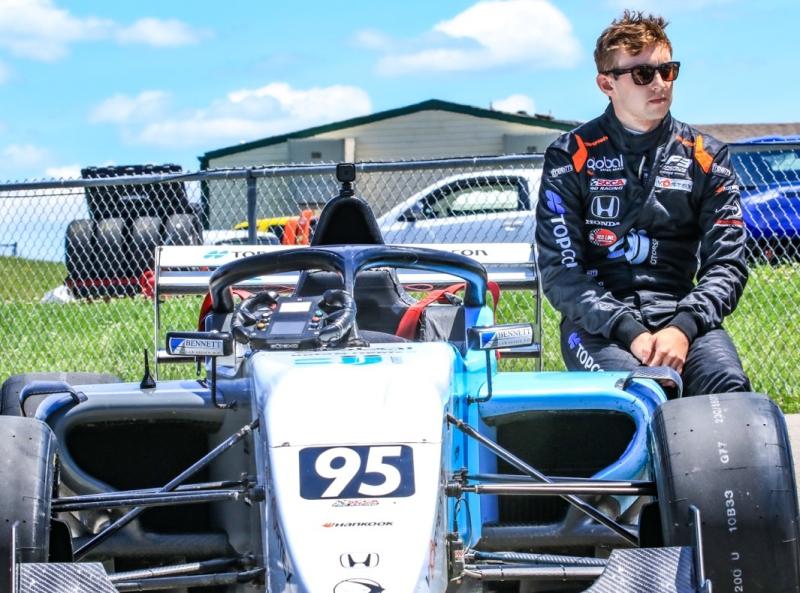 James Roe Jr, from Naas, has been selected as the fifth nominee for the 2019 Motorsport Ireland Young Racing Driver of the Year Award, for his performances in the month of August.

Roe (21) has been carving out a career in the United States in the past number of seasons and has been focusing on the F3 Americas Championship Powered By Honda this year, where he picked up a win in Road America on his way to claiming fifth place in the championship. Roe’s results also helped his Global Racing Group team win the Team Championship.

Roe started competing in Junior Rallycross and Ginetta Junior Ireland in 2014 and in that same season, made the switch to single seaters, becoming the youngest person ever to race an open wheel race car in Ireland at 16 years old and one day.

Since then, Roe has gone on to establish himself in British Formula Ford and, in 2018 he took part in the Pro F2000 Championship and finished runner up in the series while also being named top rookie and vice champion.

His maiden American F3 win means Roe has now won a race in every series he has competed in.

He has been a Sexton Trophy finalist every year for the past four years as well as a member of the Team Ireland programme.

Having been selected as a nominee for the 2019 season, James is once again a contender for the prestigious Motorsport Ireland Young Racing Driver of the Year Award and the historic Sexton Trophy. This award is presented annually and is supported by Sport Ireland and Motorsport Ireland