Delegates to decide this Tuesday night 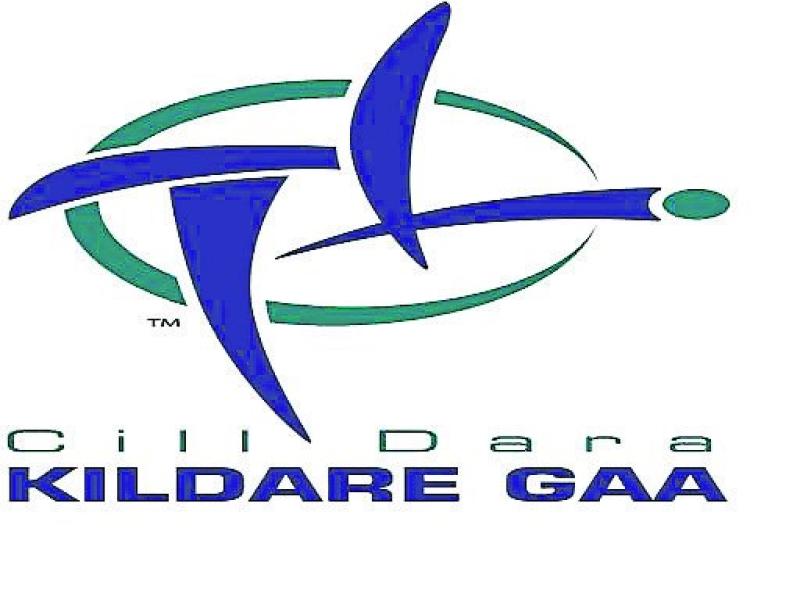 A new format for the 2020 and 2021 senior and intermediate football championships is down for decision at Tuesday night's Kildare Co. Board gathering, the final meeting prior to convention in December.

A committee was set up some time ago to come up with proposals, in consultation with clubs, and what they are now proposing is along the lines the SHC has been run over the last few years.

The proposals are as follows (for both senior and intermediate football championships):

Three games in each group.

The top two teams in Group 1 and Group 2 (winners group) go straight to the quarter finals.

The teams that finish fourth in Group 1 (winners) and Group 2 (winners) are finished at that stage.

The teams that finish third in Group 3 (losers) and Group 4 (losers) are also finished at that stage.

On the face of it it certainly looks like it could be adopted; the fact that the opening eight games now have a meaning, the winners retaining their senior status for the following year, is a very positive move.

It will be interesting to see but the odds must be in favour of their adoption.

TIME TO CUT OUT THE SHENANIGANS

On top of those changes it would be beneficial if the committee that came up with those proposals also had a look at the format for county finals, particularly after the way both teams treated fans, the general public, not to mention programme compilers, the press and indeed the county board in general prior to both the SFC final and the replay.

Over the past two weekends we had two magnificent games in the drawn and replayed county finals, duly, and deservedly, won by Sarsfields.

However the shenanigans that went on prior to the start of those games left a sour taste in many people's view; particularly the replayed final.

The cat and mouse game that it is when these sides meet has, in this writer's opinion, gone a step too far.
I'm referring here to dummy teams on programmes; dummy teams being handed to county board officials on the day; dummy announcements prior to the start of the game; and who would  believe it, a dummy parade.
It is unfair on fans; unfair on those compiling programmes; unfair on those paying a fiver or whatever on the day of a big game.
Does it have any effect on proceedings? No.
Does it give one team an edge over the other? No.
In fact I think it is only fair to say it is bordering on the childish.
And remember we are not pointing the finger at one team over another here. Both teams are guilty of same and not for the first time I hasten to add.
In many respects this type of approach takes from the game. It confuses fans, confuses the press, and more often than not it confuses players as well.
It is all great attempting to get an edge; attempting to get one up; trying to pull the wool over the opposition but in reality it does nothing of the sort.
It simply makes life difficult as a game gets under way and folk after paying good money are trying to figure out who is starting, who is left out, etc, etc.
Time to cut it out.

This carry-on, to a somewhat lesser extent, also can be seen at inter-county level, particularly as regards to dummy teams and Croke Park should really step-in to cut it out.

We in Kildare, have an opportunity now to sort out our own finals (not forgetting semi finals and indeed quarter finals).

Maybe for once Kildare could be seen to take a lead, come up with proposals (it's not rocket science) to sort out something that is a blight on the game and in particular on county final day.