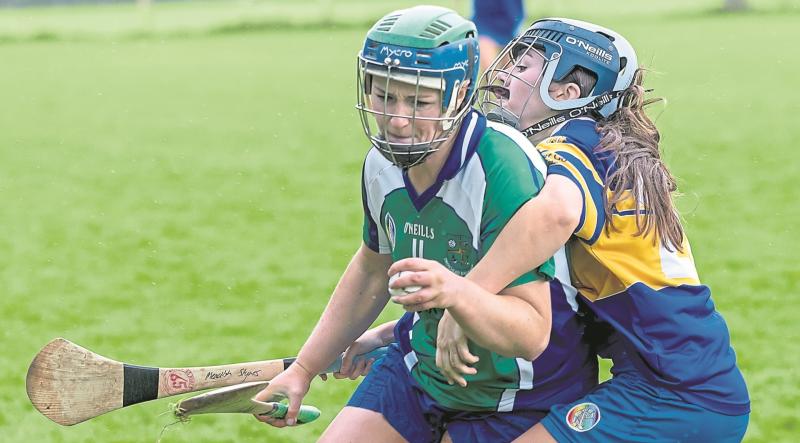 A devastating second half performance helped Johnstownbridge get the better of Castleknock in the quarter-final of the Leinster Intermediate Camogie Championship on Saturday afternoon.
Playing on their own patch Johnstown trailed their Dublin opponents by three points at half-time but helped by the class of Siobhan Hurley they overturned that deficit to run out comfortable winners in the end.
Hurley finished with 13 points in total and her overall leadership was key as she helped her side come through a few rocky patches before sealing a Provincial semi-final spot.
If things were tightly fought in the opening period the opposite was the case on the resumption with Johnstownbridge hitting a remarkable 12 points on the spin.
Two frees and a 65 from the super accurate Hurley leveled the game by the 42nd minute and it was plain sailing from there for Richard Flanagan’s team.
There was a number of big hits throughout the game but Johnstownbridge were fully able to take it as well as give it out and their camogie did the talking with Hurley scoring seven more points before the end including two fine efforts from play.
Final score: Johnstownbridge 0-18 Castleknock 1-7.