Two goals in a minute turns game on its head 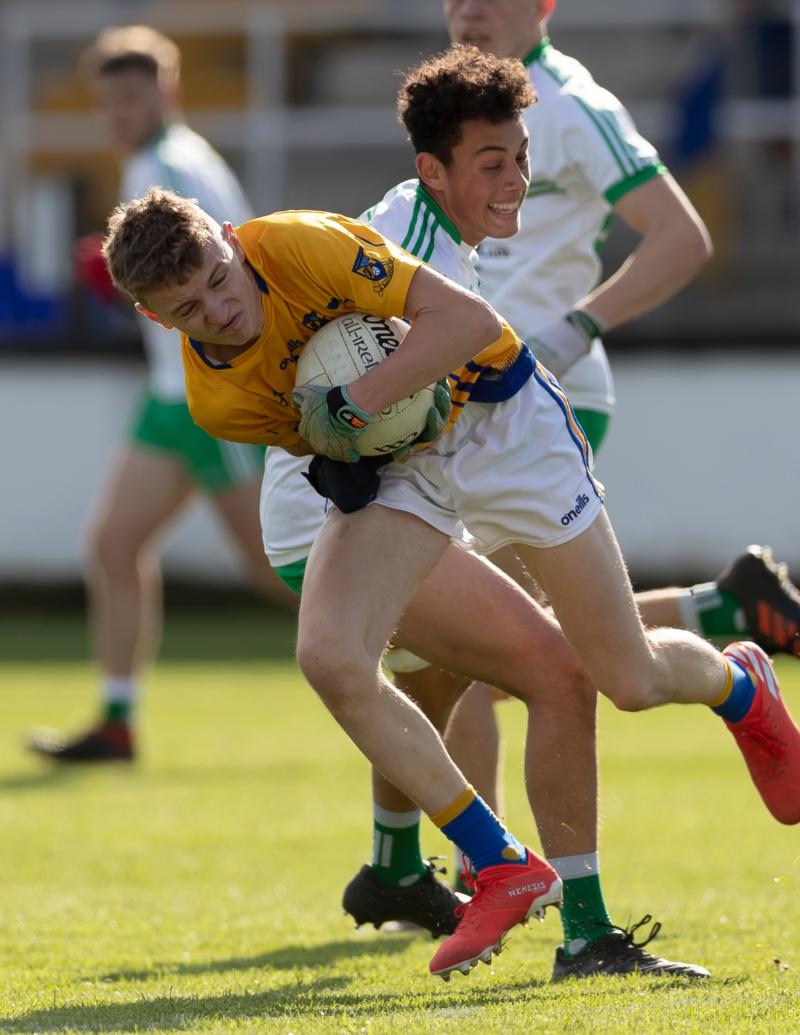 Raheens were crowned Manguard Plus MFC 'B' winners dafter defeating Sallins in  a dramatic decider at St Conleth's Park.

Sallins led at the break 1-5 to 0-3 and seemed comfortably enough as the game approached the 40th minute leading 1-7 to 1-4.

Raheens then rocked Sallins with two goals in a minute. The first from Jack Hamill set up by Jack Taaffe and before Sallins could catch their breath the Caragh men were awarded a penalty and up stepped Sean McLoughlin to find the Sallins net.

Four points followed for Raheens, one for Sallins as Raheens now led 3-8 to 1-8 with 11 minutes remaining.

Sallins kept plugging away, hitting three points on the trot but that was as close as they got with Raheens holding out to clinch the 'B' title and taking the home the new Mick Leavy Cup.

Meanwhile in the Manguard Plus MFC 'C' final, the curtain raiser at St Conleth's Park, this afternoon, Newtown Gaels edged out Eadestown by a point.

Eadestown led at the break, 3-7 to 2-4, but Newtown Gaels (Caragh and Robertstown) put in  a storming second half display to pip Eadestown by a single point.