Improved second half display does the trick against St Laurence's 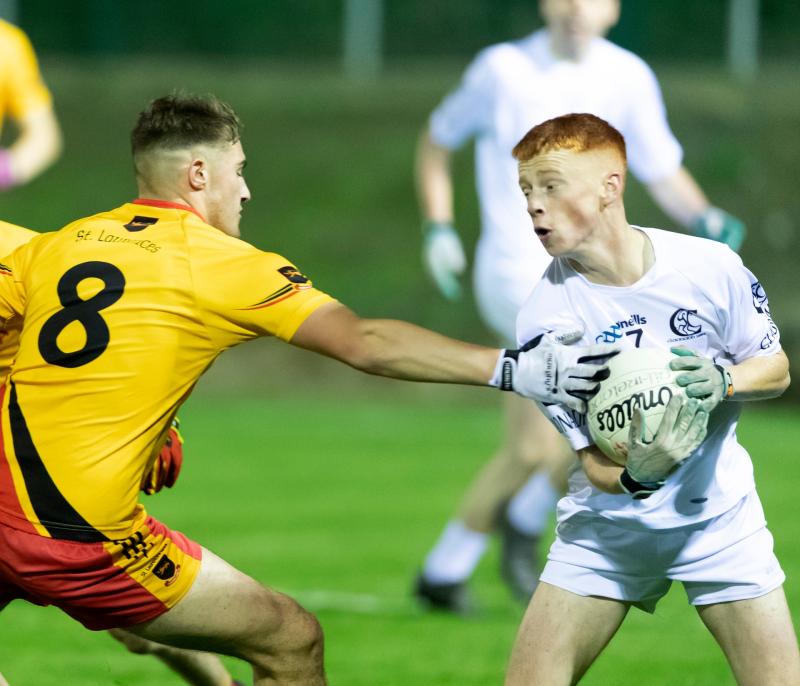 Clane booked their place in the Manguard Plus MFC final following a deserved five point win over St Laurence's in this replayed semi final in Hawkfield on Friday evening.

It was St Laurence's who commanded most of the possession in the opening half and while their lead at the break was just two points (0-6 to 0-4) it could have been greater as The Larries were awarded a controversial penalty just before the break but Clane keeper, Cian Burke, made a brilliant save pushing Harry Kirwan's effort hight and over.

The decision to award the penalty saw both Clane manger, Mickser Condon and selector Martin Lynch remonstrating with match official Matthew Redmond, who it has to be said was very trigger happy with the whistle throughout.

On the resumption it was Clane who took control drawing level before a fine goal from wing back, Cian Shanahan, saw them take the lead that they were never to relinquish.

Larries did find the Clane net in 51 minute through Felix Lawler but Clane had enough in the tank, and a second penalty saw Mark Kelly make no mistake.

The Larries were shown two red cards late on, following a bit of a skirmish but it matter little as Clane won somewhat comfortably in the end on a final score line of Clane 2-9 St Laurence's 1-7.