COMMENT: It's Naas for the hurling.. but Newbridge Or Nowhere for the football 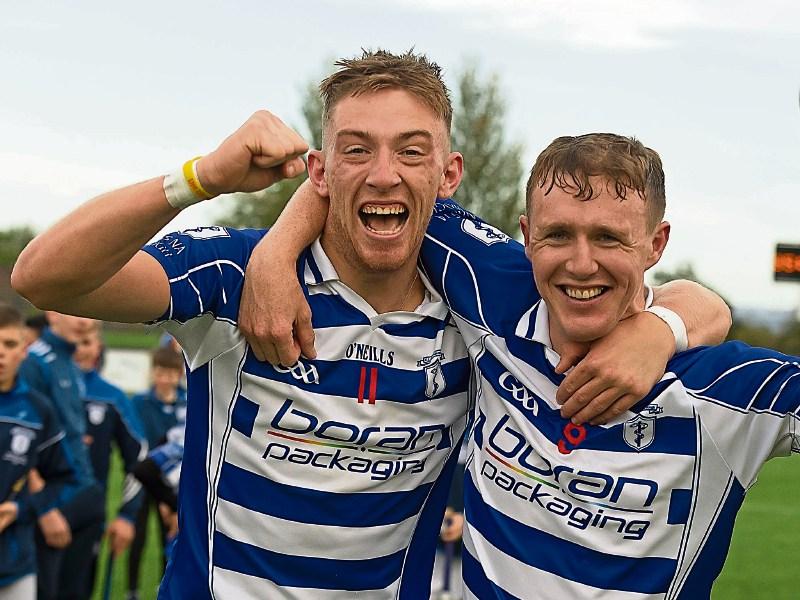 And so after huffing and puffing for the last number of years, Naas hurlers finally got over the line to capture the club's seventh senior hurling title, defeating Coill Dubh in Sunday's decider.

It was a day to remember, or should that be a season to remember as Naas have made practically a clean sweep of hurling titles in 2019.

And on Sunday one of their former great sides, the winning team of 1994 were guests of honour as the Jubilee team at the county final with such well names as former dual star Richie Coyle, Eamonn Denieffe, Jimmy Kinlon the Boran boys to name just a few.

And even before the big boys from the county town appeared to bridge that 17 gap without a senior title, the minor lads from Naas made it two minor titles on the trot, to add to the league title they already had in the bag.

It has been a season of incredible success for the hurlers of Naas who are finally reaping the fruits of their labours having put in unbelievable work at under age level over the past decade or more.

And with junior and intermediate titles already secured it looks like their will have to be an extension attached to the Naas GAA Headquarters Trophy Room, and remember their minor footballers have qualified for that final in two weeks time.

So it's onwards and upwards and the joyful scenes we witnessed at St Conleth's Park were indeed something special.

Special day in particular for the Sheridan family as not alone was Jack a prominent player of the seniors, his younger brother Charlie, played his part with the minors.

So it's congrats all round to Naas and with the senior elephant finally off their backs who knows what's to come in the coming years.

Meanwhile on Saturday we had the two Joe Mallon Renault SFC semi finals between, what most agreed, the top four teams in the county vying for a place in the senior decider.

In atrocious conditions that saw rain pour down for the entire afternoon, we saw Sarsfields return to the decider after a break of two seasons while their town rivals, Moorefield, are back attempting to make it three titles in a row.

It is often said that losing a semi final can be the more painful of them all, can't say I agree with that but one thing is for sure neither of the vanquished sides, Celbridge and Athy can have any complaints about the outcome.

And while many will say here we go again two Newbridge sides in the final once again but when you consider that over the past 20 years there have only been three occasions when neither Moorefield or Sarsfields have not graced senior football final Sunday, one has to ask the question are the Newbridge sides that far in front of the rest, or is there something seriously wrong with club football outside of Newbridge.

One remark on twitter summed it up, expressing the view that Newbridge should be divided in three. However on what we have seen over the past two decades that could possibly leave just one place available for another team in the county on most occasions!

The bridge at the entrance will be neutral as will the round-about at Dunnes Stores with the ever busy Tidy Towns committee decorating those places with flags representing both clubs.

As for the rest, well the town will be divided in friendly rivalry, The Moores taking pole position from Young's Chemist up to the racecourse roundabout while Sarsfields will command the poles from the middle back to the bottom of the town.

So while Naas have firm control of practically all that is hurling in the county there is no doubt that if your game is football it is without question, Newbridge Or Nowhere.