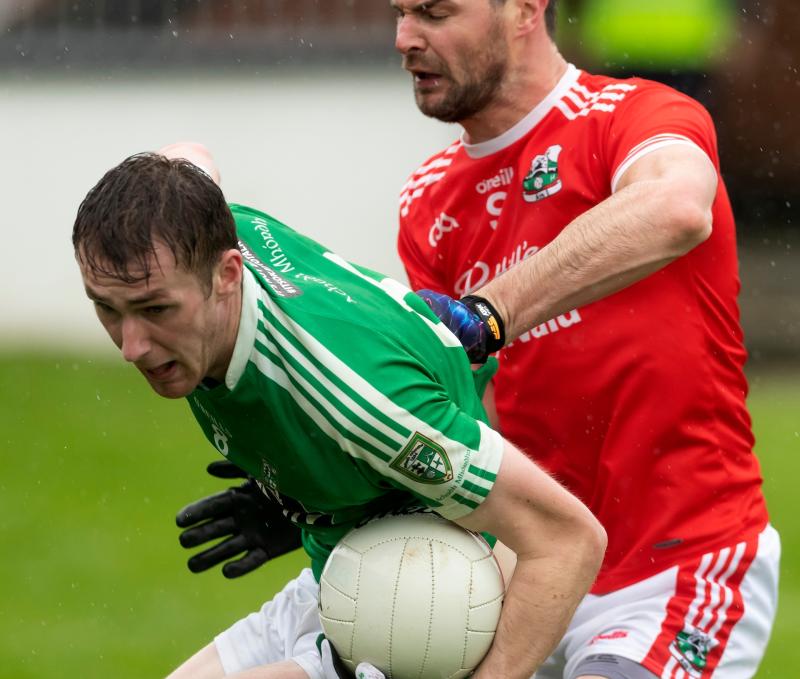 Moorefield remain on course as they bid to make it three county senior titles in a row following a rip-roaring clash with Athy at St Conleth's Park, this afternoon.

Just like the opening semi final, this was played in terrible conditions with constant rain.

Moorefield dominated the opening half, playing their best 35 minutes of this championship they rocked Athy with a goal after 3 minutes, Niall Hurley Lynch capitalising on some terrible marking at the back from Athy.

From there to the break it was Moorefield all the way and they led 1-11 to 0-4 and looking well on their way at that stage.

But Athy showed what they are made of and despite being hit with a further body blow when Eanna O'Connor goaled after 35 seconds of the second half they came storming back, helped by a miss-directed kickout to Niall Kelly who made no mistake.

The champions were under pressurer as Athy came at them in droves cutting the lead back to two but that was as good as it got as Moorefield held out to book a final spot and a meeting with arch rivals Sarsfields.