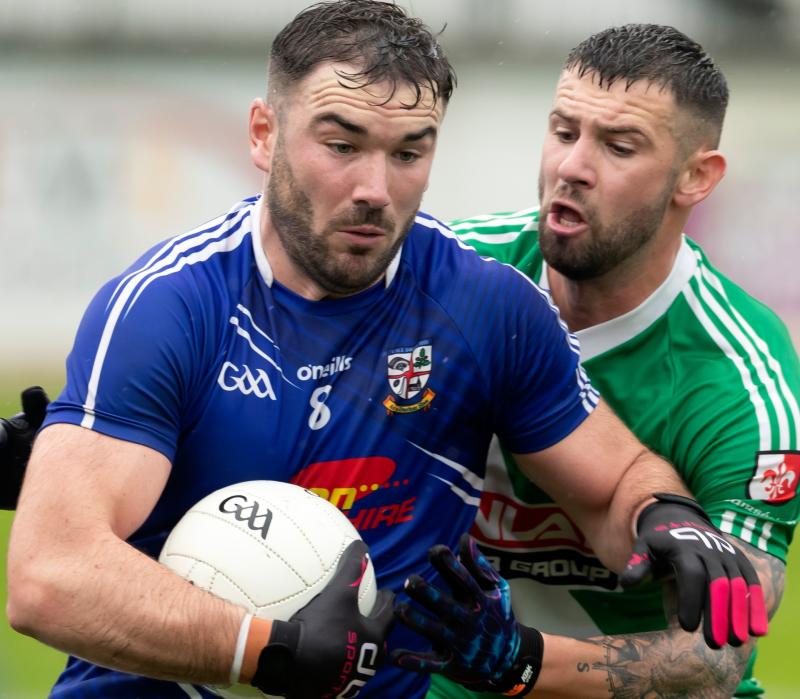 Sarsfields are back in the Kildare SFC decider following a fully deserved four point win over Celbridge in dreadful conditions at St Conleth's Park, Newbridge, this afternoon.

In a game in which the rain never ceased, it was the hungrier, better organised and more up for it side that came through and deservedly so.

A game that was tight throughout the opening half ended at 0-3 apiece but nevertheless it was obvious that Celbridge had to work that bit harder to get their scores.

On the resumption it was the Davy Burke-managed side that took control and while it took a while to show that superiority on the score board Sarsfields slowly but surely turned the screw, going four clear with 53 on the clock, Celbridge yet to score.

Eventually Paddy Brophy converted a free (59 minute) and than a second but there was never really a threat from the Paul Curran managed boys, Sarsfields killing them off with a Ray Cahill free followed by another from Caoimhin McDonnell to win on a final score line of Sarsfields 0-9 Celbridge 0-5.